Elafonissos village Elafonissos: It is the capital and the port of Elafonissos located on the northern coast of the island where the ferries from Pounta moor.

The small village of Elafonissos displays the typical architecture of a Greek island, with small white houses, red-tiled roofs and narrow paths. The village was found in the middle of the 19th century, when settlers from Mani, Peloponnese, migrated on that island but some archeological discoveries found in the area witness that the village was inhabited from the prehistoric times.

Elafonissos village has all the basic amenities tourists might need during their holidays. Plenty of accommodation options and taverns are available as well as nice seaside cafes.

In the wider region lie three sanctuaries that belong to Athena, Poseidon and Apollon. The church of Agios Spiridon who is the patron saint of the island, stands on a rock opposite the waterfront and a narrow bridge connects this small church to Elafonissos village. For swimming Simos is a paradise beach that everyone should visit. 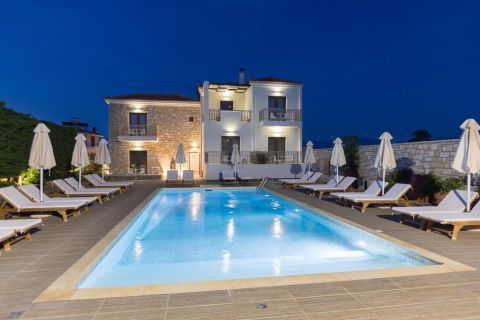 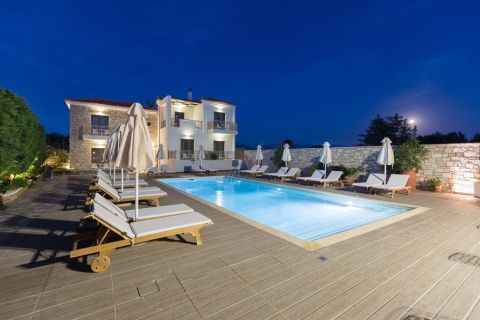 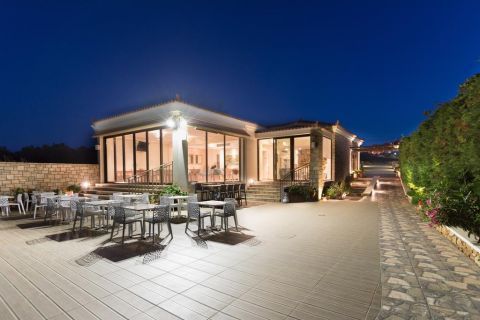 Elafonisos Resort, a rare jewel of hospitality that rewards the island's visitors with a unique experience of staying in this beautiful place, was created in the small paradise of small Elafonissos, just a short distance from the picturesque harbor and fishing boats. Here, in a large area full of flowers, flower beds and trees, the hotel welcomes and welcomes its guests into 2 stone-built buildings with 18 rooms & suites, a swimming pool, a bar, a reception area and large private parking. The upgraded hospitality & comfort facilities ideally complement a unique getaway on the island of Elafonisos. 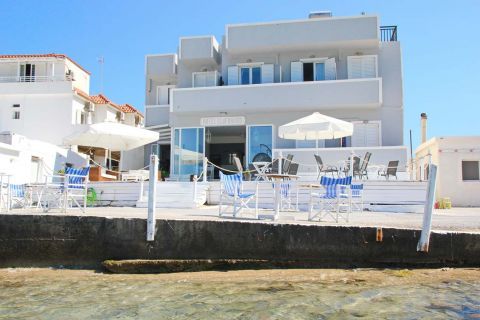 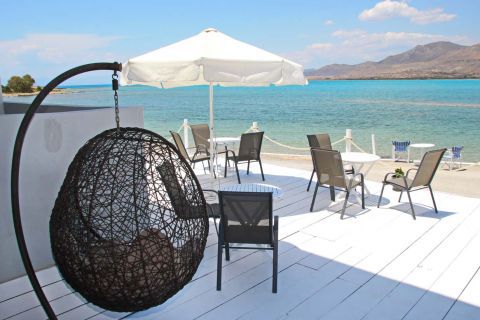 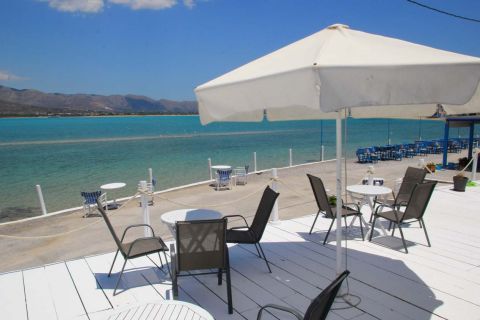 In a small creek you will find our beautiful and renevated hotel, with 11 rooms, a mini compound with comfortable spaces an amazing view of the ocean. 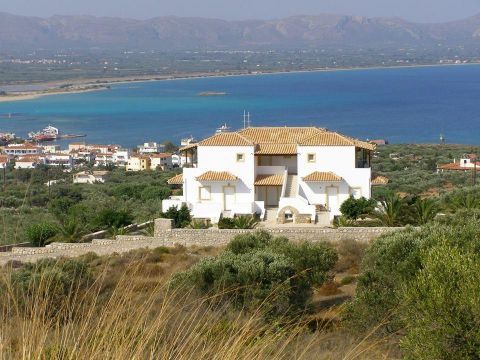 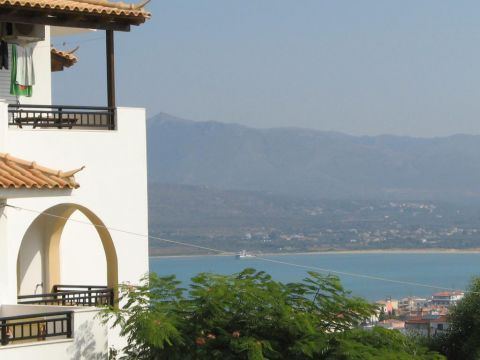 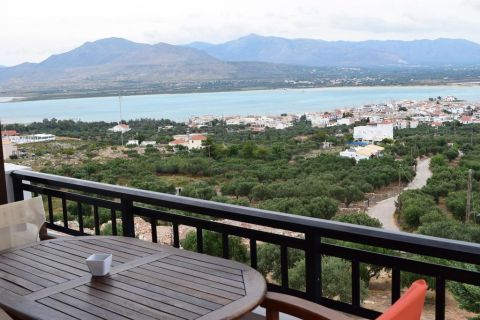 The Studio Maniati is situated at the highest point of the village and offers the most beautiful view and the most traditional hospitality of Elafonisos. It consists of rooms and studios fully furnished. Each one is fitted with t/v, a/c, fridge and kitchen. Also the hotel offers parking and use of the BBQ for the tenants as well as for their guests.In a few minutes distance you can find the beaches of Simos, Sarakiniko, Panagias Island and Lefki, famous for their clean and green waters.

OUR TRAVEL SERVICES IN ELAFONISSOS

Explore our travel services & make the most out of your ELAFONISSOS holidays!
View all services