Halkidiki is a peninsular region, located to the north of Greece. This region gets into the Aegean Sea and as a result, it gives rise to the formation of four gulfs: the Thermaic Gulf in the west, the Strymonic Gulf in the east and the Kassandra Gulf and Mount Athos Gulf on the south. The entire region, whose history started very early in antiquity, actually resembles a hand with three fingers, or like three feet, as they are usually called. Actually, the right feet is not approachable, as it is a close monastic community where only monks and some male visitors after special permission are allowed to enter.

Halkidiki has a vast coastline that stretches for more than 500 km. The total land surface is 2,886 sq. km. The largest mountain of Halkidiki is Holomontas, in the center of the region, which reaches up to 1,165 m above the sea level. The other region is generally mountainous but not barren. The most characteristic geological feature of Halkidiki is the Cave of Petralona, a marvelous cave with stalactites and stalagmites.

The geography of Halkidiki stands out for the impressive capes, the famous three legs (Kassandra, Sithonia, and Mount Athos), where endless beaches are formed. The beaches of Halkidiki in the Kassandra Peninsula, the left foot, are usually sandy, while the beaches in the middle foot, Sithonia Peninsula, are rockier, but still very clean. The area of Halkidiki is very tourist, particularly Kassandra, but due to its large size, there are still many quiet places.

Discover the Map of Halkidiki

View the map of Halkidiki with the main villages, beaches, and sightseeing. Also, the location of the port and the airport.
View: Map of Halkidiki 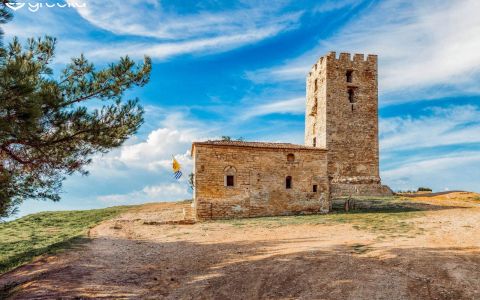