Mathraki belongs to the Diapontia islands Greece, a complex of small islands that are located on the north of Corfu. Along with Othoni and Erikoussa, they are the north-westernmost spots of Greece. Mathraki, in particular, is the smallest of the Diapontia islands and only 4 n.m. from Arillas Cape, Corfu. Due to its small size and the long distance from mainland Greece, Mathraki doesn't receive many tourists, so it has kept its traditional style.

The only village of Mathraki island is Chorio, on the southern side of the island. The architecture of Mathraki is mostly traditional, with some stylish, modern elements. Houses are made of stone and bricks, while along their way, visitors will see a lot of old, abandoned houses in the middle of the forests. Paved paths cross the island from one side to the other and some small chapels dot the landscape. Generally, the structures are simple and do not have excessive style.

Plakes, the main port of Mathraki, is located on the northern side of the island. This is not actually a village, but a small settlement. Few houses are spread around the port. There, visitors will find a tavern and some rooms to rent. Around Mathraki, there are many smaller uninhabited islands with only a small church built on top. Such is Diaplo islet with the church of Saint Nicolas on it. 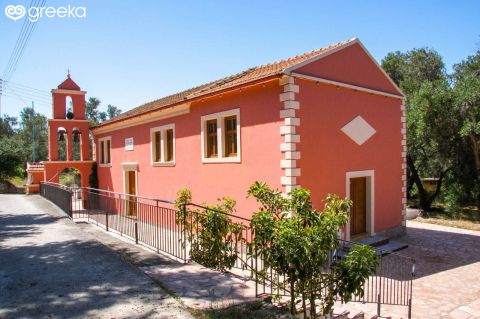