Frikes Village Ithaca: The beautiful coastal settlement of Frikes is built on the east coast of Ithaca, 19 km from Vathy, at the head of a long narrow bay. The village was built after the 16th century by the inhabitants of Exogi and Stavros villages. Today, only a hundred residents live permanently in Frikes whereas population increases dramatically during the high summer season.

The picturesque port of Frikes lies deep into the bay offering a shelter to the fishing boats of the inhabitants. White little houses built in the small valley overlook the fishing port. During the summer, there is a ferry boat that connects to the neighbor islands of Kefalonia and Lefkada.

Frikes offers nice taverns and shops lining the waterfront, a modern hotel, various cafes, restaurants and an outdoor night club which opens only during summer with live music, food and great music to dance all night. One of the most interesting sights in Frikes are the traditional windmills that stand on top of the village.

Things to Do & See In Frikes Village 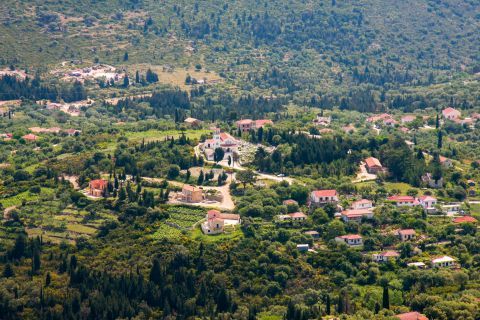