The Ionian Academy of Corfu, Greece: The Ionian Academy happens to be the first Greek University in recent times that was in existence on the island of Corfu Greece from 1824 to 1864. The University was established by the British Phil Hellene Frederic North who was also the Count of Guilford and who made it a priority to have cordial relations with the island of Corfu, Greece after his initial visit to the island in 1791.

The island of Corfu was then under Venetian rule. With the passage of time, the Ionian group of Islands came under British rule. Frederic North envisioned the initiative of setting up a University in Ithaca. The primary objective of this esteemed University was to impart quality education to students of Greece and other Mediterranean and Balkan countries to attend courses that were taught by renowned Greek scholars.

The mission: The principal aim of this mission was to advance the academic growth and expansion of the Greek nation and to provide a platform for quality higher education to all the aspiring Greek students who otherwise had to go to a foreign country to pursue their education.

Lord Guilford who was popularly referred to as Frederic North became a cult figure in the Ionian island's academic landscape and went about with great enthusiasm in giving shape to his dream of setting up the University. This Herculean task took almost 8 years and during this stage, Lord Guilford was the principal coordinator and sponsor of this all-important mission. He was in for a shock when the invitations he sent to the renowned Greek scholars of that time were rudely turned down.

Lord Guilford was dejected at this unkindly gesture. But he was determined not to give up on his mission. Undaunted by the initial setback, he went on to select numerous young promising scholars and fully sponsored their higher education in esteemed European universities. Upon successful completion of their education in European Universities, these scholars were to become the educators of the proposed University.

Being awarded the title of Lord of Education of the Ionian State, Guilford obtained the formal endorsement of the British government for setting up the proposed university in Ithaca. With tacit support and backing of the British government, Lord Guilford put in place the university regulations which were at par with European standards. He not only oversaw the setting up of the university's library but also took the responsibility of administering the general educational policy of the entire Ionian state. From the grooming of teachers to the setting up of a Seminary, Lord Guilford was in the thick of actions.

The reason behind transferring the actual University to Ithaca was the flaring up of the Greek War of Independence in 1821. Ithaca was located in close proximity to the island of Corfu and the much awaited inaugural ceremony of the proposed Academy was held on May 29th, 1824. From the month of November 1823, introductory courses were launched for the aspiring students.

According to the vision of Lord Guilford, which was endorsed in the Legislative Decree, the Academy consisted of four Schools of Excellence: Theology, Law, Medicine, and Philosophy. Right from the inception of the Academy, Lord Guilford had to face the unresponsive and even antagonistic responses from the general public which also included the British.

The shrewd local agents were apprehensive of the fact that that the Academy would bring higher education right on the doorsteps of the weaker sections of the society which till that time were the sole prerogative of the aristocratic sections of the society. The aristocrats were terrified at the prospect of losing their monopoly as far as higher education was concerned, as also losing their hold on positions of authority.

While the British were apprehensive of the substantial cost that running a University of the kind that was envisioned by Lord Guilford. Moreover, there were many who were very vocal with their observation that the setting up of an educational system should ideally begin from the basics, i.e. primary school onwards and not the way it was envisioned by Lord Guilford. Even the great Ioannis Kapodistrias was said to have endorsed this viewpoint.

Lord Guilford, however, disagreed with this approach. He was firm of the opinion that the formation of a university was the topmost concern and he had a valid enough argument that there was a dearth of quality teachers to teach at the school level.

The unfortunate death of Lord Guilford in the year1827 and the consequent relocation of a collection of exclusive books which he had earlier donated to the esteemed Ionian Academy back to Britain further exaggerated the troubles. The untimely death of Lord Guilford also further worsened the University's financial health, since he was the principal source of income for the Academy.

As a result of dwindling finances, the number of academic positions was drastically reduced and by the year 1828, the Medical School was reportedly closed. What is more, the administration of the University was allocated to an exclusive three-member committee. In the year 1834, one of the most renowned historians of the island of Corfu, Greece - Andreas Moustoxydes was officially nominated as the President of the committee.

However, Moustoxydes later relinquished this prestigious position to further his political aspirations. The School of Civil Engineering was launched in the year 1837 and was functional till 1857. As if this was not enough, another brand new School, the School of Pharmacy was established in the year1841. With the passage of time, in the year 1857, Andreas Moustoxydes came back on the scene as Lord of Education and began to oversee the university's overall administration. Moustoxydes stint in the Committee was short-lived as he passed away in the year1860, only to be succeeded by another Ionian, Antonios Polylas.

The Ionian Academy was ultimately closed down with the unification of the Ionian State with the Union of Greece, principally due to Greece's inability to sustain two universities at a time which resulted in the exodus of some of the most eminent professors of the Ionian Academy to migrate to the Kapodistrian University of Athens.

During the University's existence of 40 years, several distinguished scholars taught at the Ionian Academy. Mention may be made of Konstantinos Asopios, Ioannis Karantinos, Christoforos Filitas, Nikolaos Piccolos, the distinguished Greek poet Andreas Kalvos, Neofytos Vamvas, Konstantinos Typaldos who later went on to become the metropolitan of Stavroupolis and played a pioneering role in the reforming the Theological School of Chalki.

Even though the Ionian Academy was beset with problems right from the inception, it produced numerous high-quality graduates who contributed immensely to the intellectual evolution of modern Greece. The Academy was established at a tumultuous time and had set very high ambitions. Even though it was an Englishman who founded the University and the fact that the Ionian Islands were a British Colony, Lord Guilford a visionary that he was, he set up a truly Greek University.

The Ionian Academy has the unique distinction of being the first contemporary Greek University, which made no reservations as far as the extension of higher education was concerned. This Academy rightfully occupies its pride of place in the academic landscape of the Ionian Islands and Greece in general.

Car rental: Τhere’s the option of renting a car in Corfu with as little as 12 euros per day and pick it up directly from the airport, port or your hotel. Using a car rental allows visitors to discover the Ionian Academy and many other places of interest in Corfu at their own pace. 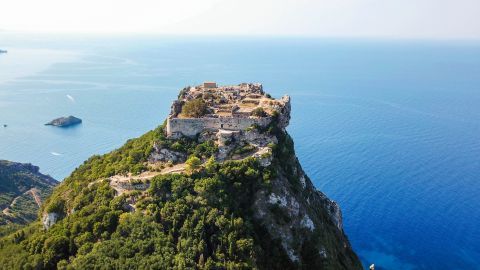 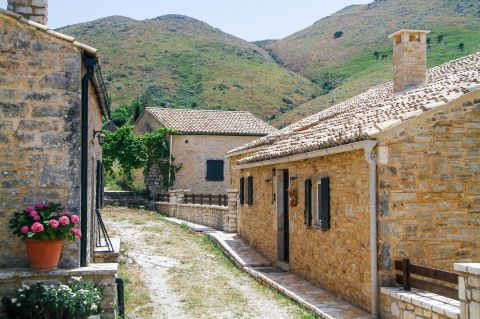 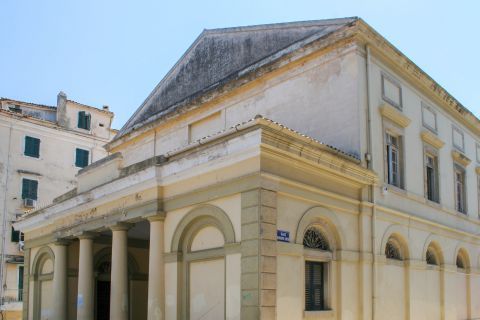 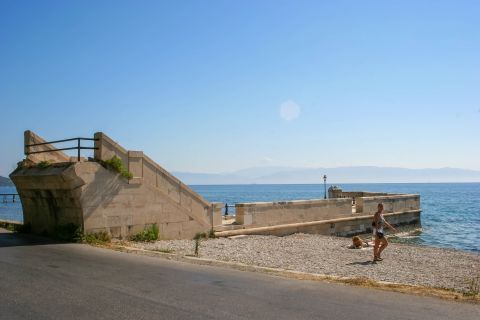 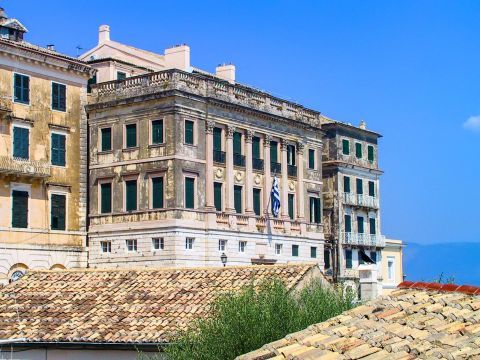 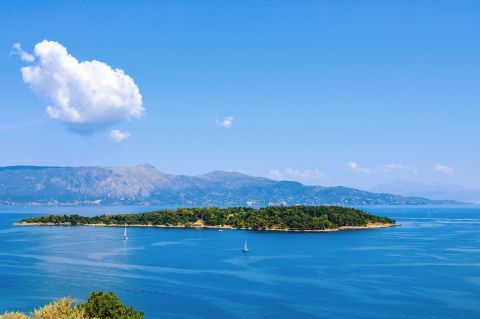