Churches in Zagoria are mostly known for their large size and high bell towers while they are a reflection of the wealth and the cultural development during the Turkish occupation. Their austere architecture is based on materials taken from nature like stone and wood. Chronologically, most of the churches were built even before the houses or the mansions that you will see in the villages. They distinguish for their vaulted entrances and the valuable frescoes and icons that adorn their interior.

One of the most important religious sights is found in the western Zagoria. Among them is the church of Agios Vlasios, the symbol of Papigo village with its impressive bell tower. It was founded in 1852 at the center of the settlement and the best time to visit is during sunset. Agioi Taxiarches is the only church found in Mikro Papigo village. It was founded in the 18th century and it hosts some amazing frescoes.

In an enchanting location, outside Tsepelovo village lies the monastery of Rogovo. It was built in 1028 in the memory of Agios Ioannis Prodromos by the sister of the Byzantine Emperor. The monastery consists of a church and other two complexes.

On top of a rock, over the village of Monodendri is located the monastery of Agia Paraskevi. According to some inscriptions, the monastery was built between 1413 and 1414 in a breathtaking location offering fine views to Vikos gorge. A path connects the church with a cave which was used as a shelter during the Turkish occupation. Also worth visiting is Agios Minas church, a stone-built church in the heart of the village.

The Monastery of Panagia Spiliotissa is built on top of a rock, overlooking Voidomatis River, between the villages of Aristi and Papigo. The 16th-century monument is dedicated to the Assumption of the Virgin and it is accessed on the way to Papigo village. Leave your car some meters before reaching the bridge and continue on foot for about 500 meters up. It is the most photographed site in Zagoria.

Other churches are Agios Athanasios, Agios Dimitrios and Agios Georgios. 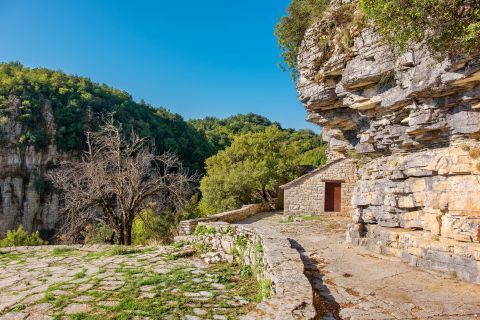 In the heart of the Vikos-Aoos National Park that surrounds Zagoria, there is a beautiful monastery, particularly popular among trekkers. This is the monastery of Agia Paraskevi and dates back to the 15th century. The location commands an amazing view over the gorge. 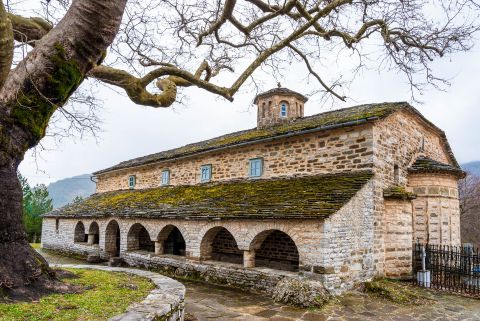 Taxiarchon Church is spotted on the central square of Mikro Papigo. It is the only church of the village and it has been declared as preservable monument by the Ministry of Culture. From testimonies and texts it is evident that this church used to be a monastery. 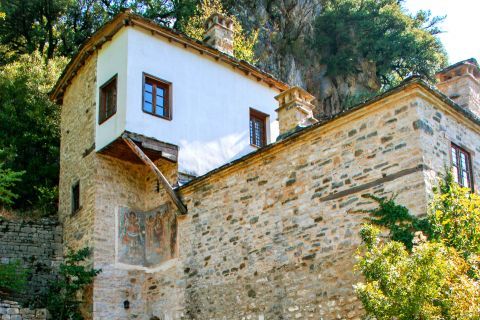 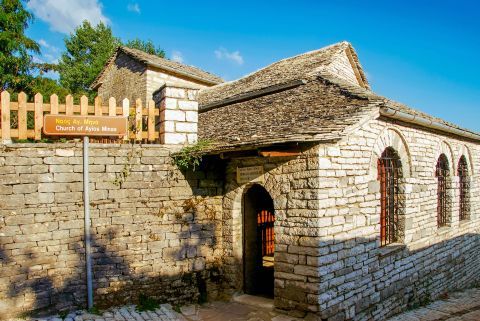 Located in Monodendri, the church of Agios Minas was built in the 17th century and it is made of stone. 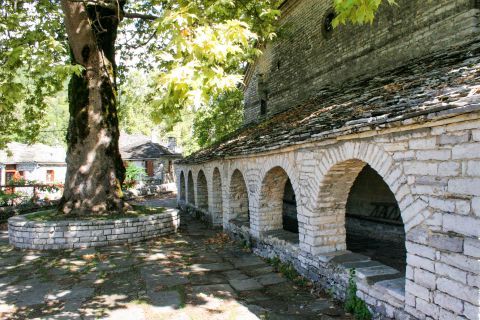 The church of Agios Vlassios is located on the central square of Papigo village. It  distinguishes for its traditional architecture. This stone built church was constructed in 1852 and has a lovely bell tower.

DISCOVER MORE THINGS TO DO IN ZAGOROCHORIA