Thassos Dragon Cave: Panagia is a beautiful and lively village, among the richest and most important villages of Thassos. It is located on a gorge on the side of a mountain and it used to be the old capital of the island.

Only 7 kilometers from the main town and fifteen minutes from Panagia is the known Dragon Cave (Dracotrypa Cave) that literally means dragon hole. The cave is full of impressive stalactites and stalagmites and the visitor will be amazed at the beauty of the underground caves. In fact, the cave was named after a stalactite that had the shape of a dragon. Little is known about the cave as it is yet to be fully explored and studied in depth. 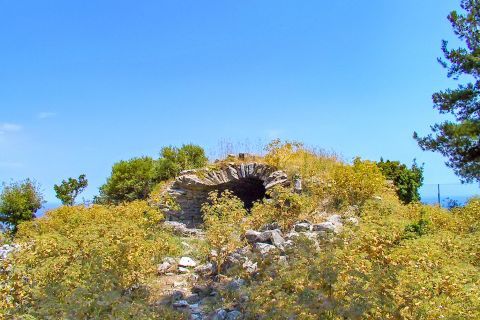