Lesvos Birdwatching: The same Lesvos features that attract tourists when they come to spend their holidays on a beautiful place, seem to noticed by the great quantities of birds as well: the beautiful and peaceful landscapes, full of varied lush vegetation that serves as their perfect habitats. In fact, 325 bird species have been recorded on Lesvos. Another important advantage in these terms is the position of this island, in connection to the Mediterranean Sea, as it is included in a long migration route; so foreign birds go there, particularly in spring, as one of the two unavoidable parts of their trip. The other is the Sahara Desert.

Vatera and Skala Kaloni are the main Lesvos areas where birds go. In the case of Vatera, it is at 50 km from Mytilini, the capital of the island. Apart from being its longest beach, Vatera is also known as an idyllic place, in part because it is not actually crowded in spite of its excellent tour features- so the natural environment remains quiet and untouched. However, Vatera still counts on a number of outstanding tour facilities, and its beaches offer a wide range of activities, like water-sports, fishing, swimming, and sailing.

Mytilini, as the capital of the North Aegean isle of Lesvos, keeps several architectural treasures from old times. Not only are tourists allowed to visit them, but they also can learn more about those buildings in the various museums in the city. Doing that usually enlightens some visitors who think that the classical Greek period is the sole exponent of art manifestations, and forget that the History of Lesvos can be traced back to prehistoric times, as the recent archaeological evidence states.

However, there is a type of tourist that knows and appreciates the features of this village: the bird-watcher. The location of Vatera allows a good view of the colorful birds that come to this area since it is placed on the southern edge of the island. The bird variety includes the migration coming from warmer areas where cold has begun, that take Lesvos as a scale on their journey, as well as the many exotic specimens that stay on Lesvos during the entire summer, e.g. the south-eastern Cinereous Bunting, the Kruper's Nuthatch, Sombre Tit, and the Cretzschmar's Bunting, among others. There are also many southern European species, such as Hoopoe, European Bee-eater, European Roller, and Eastern Olivaceous.

As it was mentioned, the wildlife around can be also enjoyed, like squirrels, tortoises, terrapins, lizards, olive groves, many types of wildflowers and poppies are part of the awesome landscapes on Lesvos. The flowers that cover the fields in spring and part of the summer, at the same time attract beautiful insects, like butterflies and dragonflies.

In the case of Skala Kaloni, 130 bird species have been recorded on its gulf, which includes the Messon region, the salt-pits, and the Vouvari river. However, this area is not so quiet and there are a lot more civilization traces, but it is still in a good position for bird-watching. The pool and the west river are the best places at Kaloni where birds can be admired. In fact, apart from bird-watchers, many biologists and ornithologists think of Skala Kaloni as a live natural museum in which they can study and research many different species, as well as the conditions they prefer, and their behavior.

These two bird-watching areas count on wild ducks and swans, gooses, herons, avocets, kingfishers, seagulls, grebes, the beautiful pink flamingo, and many other species included in the family of birds. They also receive the species of Little Ringed Plover, Common Sandpiper and Common Tern as some of their main immigrant visitors.

Photos Of Birdwatching by Greeka Members 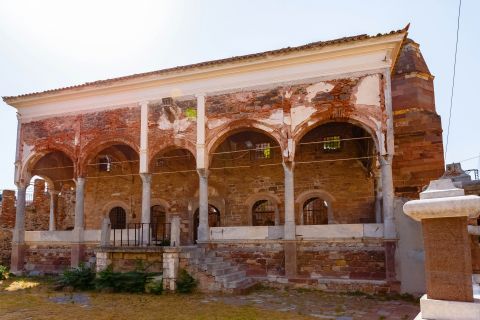 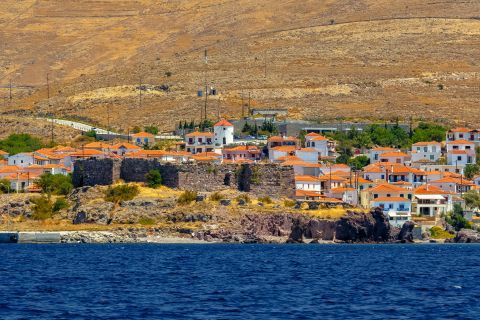 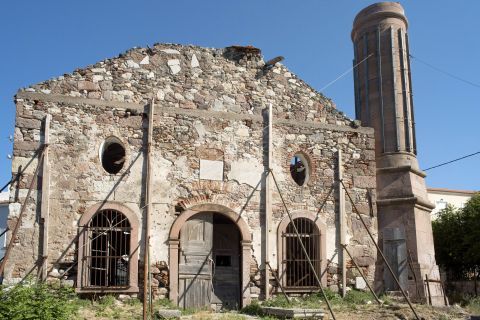 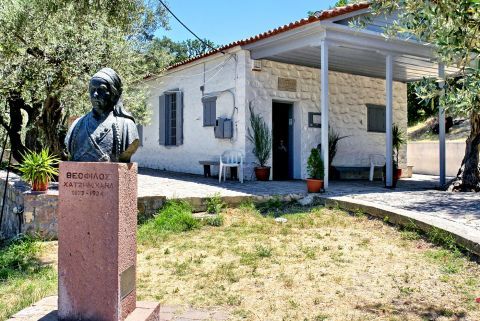 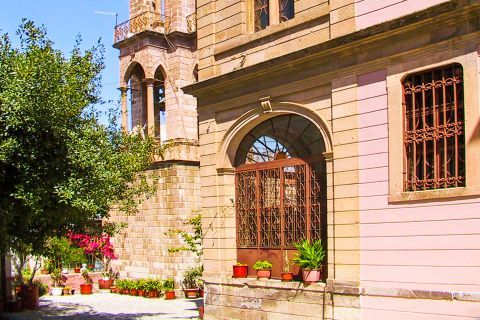