The Ancient Theatre of Mytilene Lesvos: In the northern suburbs of Mytilene, amidst evergreen pine woods, the traveler will find the Ancient Theatre of Mytilene, one of the largest in Greece in Hellenistic times. Big enough to hold 15,000 spectators, and located near the end of a steep old road running along the Asia Minor shelter of Epano Skala, as far as Aghia Kyriaki church, the theatre was built on a hill between 300 and 100 BC. It was not exactly known when the theatre was built and by whom, but it started to deteriorate in the Roman times. That time, the Romans made the necessary repairings and transformations.

It was also during those culturally prosperous times when Pompei visited the Mytilene theatre of Lesvos in 62 BC and was so enchanted by it he had a similar theatre built in Rome. Modern excavations confirm both the beauty and the importance of the ancient theatre, like the ones by D. Evangelides and A. Vavritra found the awesome orchestra pit in 1958. Today, the ancient theatre needs many excavations to be entirely revealed and used again. 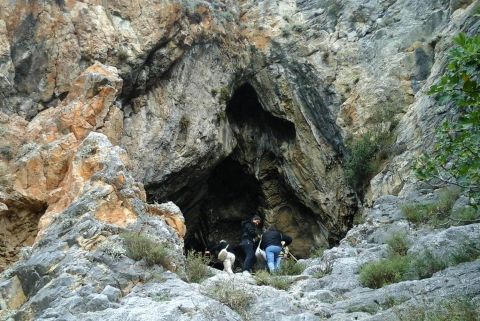