The archaeological site of Ifestia on Lemnos: The ancient site of Ifestia is placed to the north of Lemnos, close to the modern settlement of Kontopouli. It was founded by the Pelasgians and became the second larger town of Lemnos island in the ancient times. It used to be an important, religious center, from the Neolithic period to the early Christianity.

Some excavations, realized in the area in the 1920s and 1930s, revealed some remains of a large settlement. A cemetery, baths, a Hellenistic theatre, and a big palace were revealed. Some ancient statues were also found, representing human figures and having clear characteristics, as for example a well-sculptured head with eyes, nose and mouth, and some other statues representing animals and monsters.

In the archaeological site of Ifestia, there is also a sanctuary devoted to the Great Goddess, which is thought to be the main goddess of matriarchal civilization; the sanctuary was destroyed by the Persians in 511 B.C.

The nearby cape Ekato Kephalon, which means "A Hundred Heads" in Greek, hosts drawings of demonic heads on its rocks, although today they have partly fainted. The ruins on this cape show a prehistoric sea fortress that has many construction similarities to the fortress Tekkekoy in Turkey. Tekkekoy is believed to be an Amazon city. Taken this into account, we result that Ifestia could also have been an Amazon area.

Ifestia and Lemnos island, in general, was conquered by the Athenians in the early 5th century. The Athenians reconstructed the city, which had been destroyed by the Persians, and the residents adopted the political system and democratical methods of Athens.

Ifestia city declined and was completely abandoned in the early Byzantine times for mainly two reasons: firstly, the natural harbor was destroyed because of the continual soil erosions and secondly, the Christians of the 2nd and 3rd century abandoned this idolatrous city and were settled in Kotzino village to practice their religion. 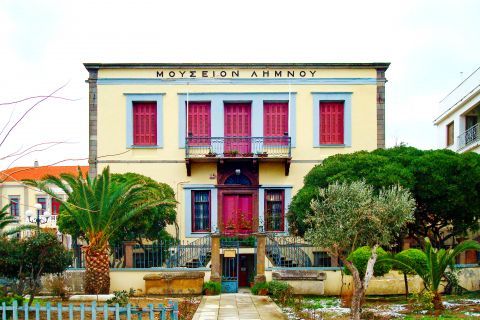 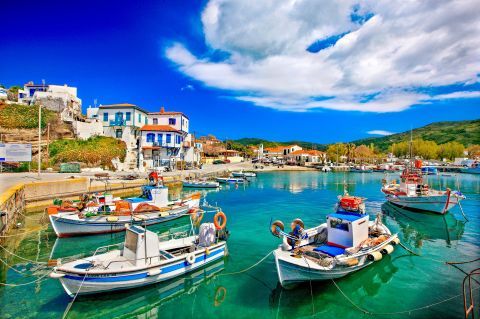