Agia Irini Village Ikaria: Agia Irini Village is located 40 km north of Agios Kyrikos, the capital of Ikaria and west of Evdilos village. This picturesque village was built on a plain with abundant water due to the close river. River Voutsidis flows down to the sea coastline, with charming beaches and well preserved houses all over the valley. It has also a nice square surrounded by some traditional cafes for visitors to take a rest.

Agia Irini village owes its name to a church built on this hilltop. This church (Saint Irene) was built between the 11th and the 12th century, and it is the oldest structure in Ikaria. There used to be a basilica dating to the 4th century, on the remnants of which Agia Irini church was built.

There are still a couple of interesting columns standing on the ground belonging to that ancient basilica, and the church shows a set of excellent frescoes of an outstanding artistic value. The Archaeological Museum of Kambos located on the same hill is worth a visit, too.There is also an archaeological site with remnants of the ancient city.

This awesome old church and the remnants of an Odeon from Byzantine times are linked to a series of traditions and legends on the island. Overall, this legendary village is well worth a visit, as it is quiet, peaceful and eye catching apart from having a couple of interesting architecture and religious attractions such as the Odeon and Agia Irini church. 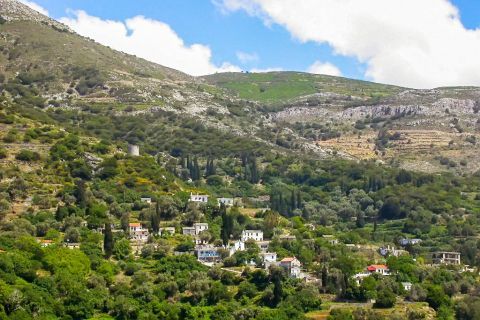 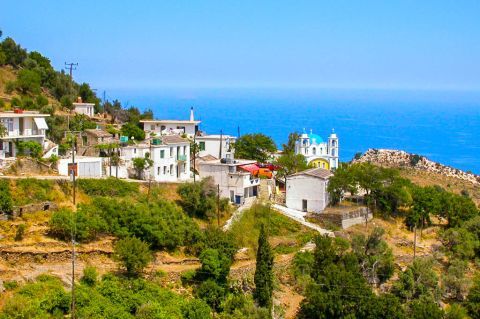 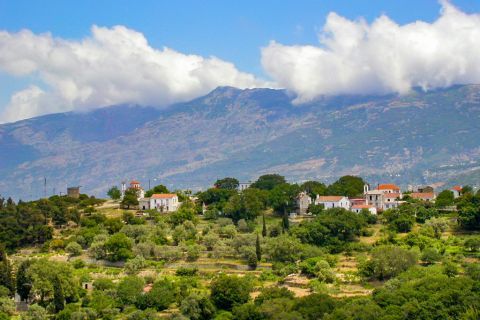 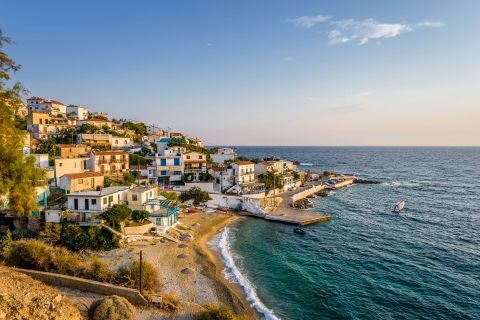 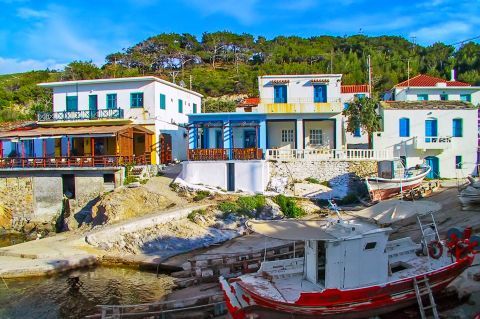 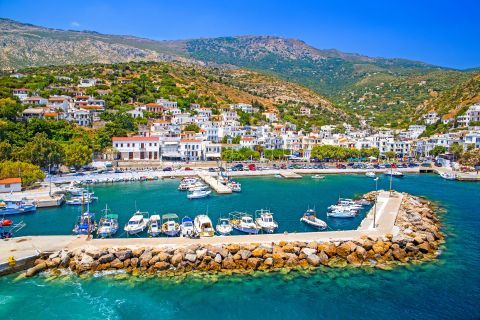