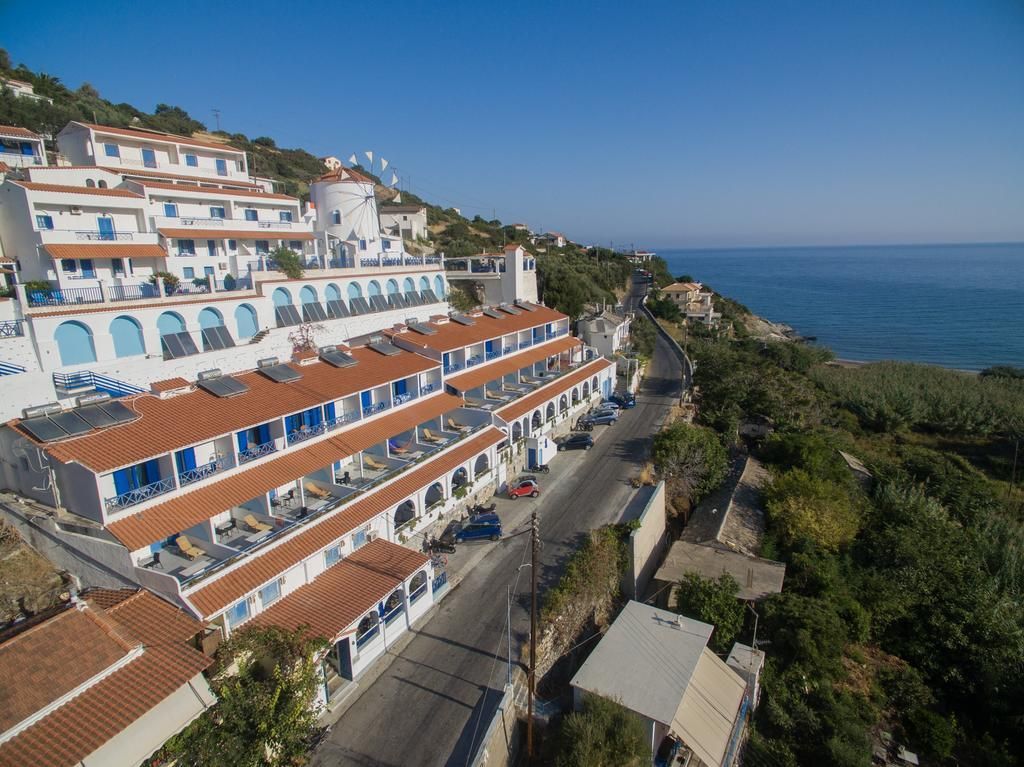 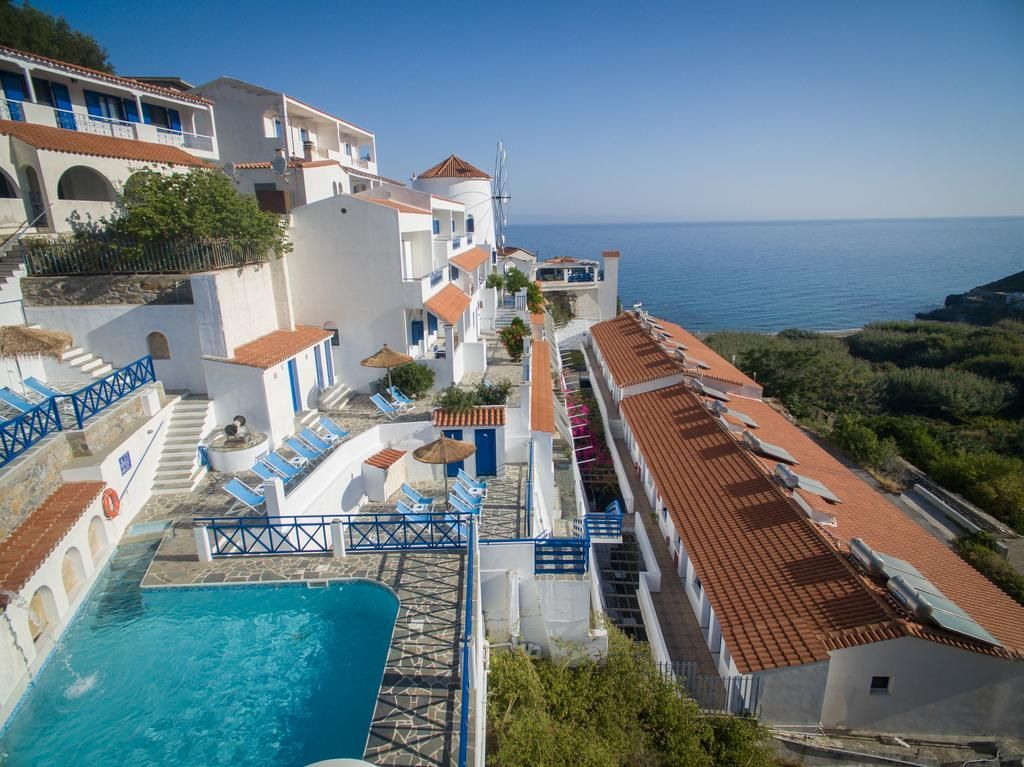 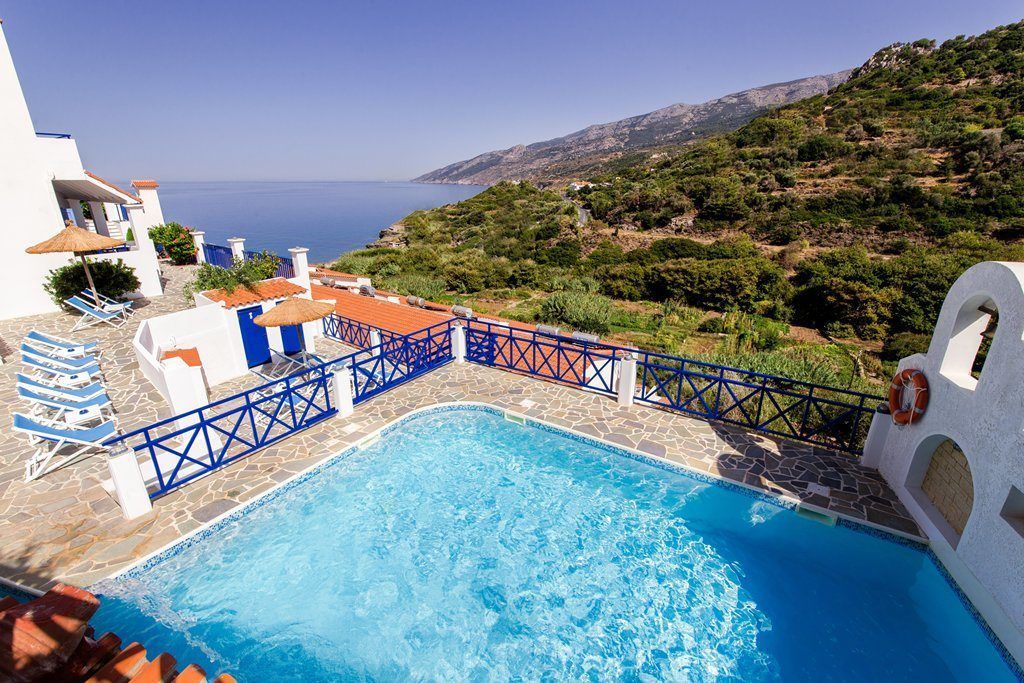 ApartmentsStudios 3 keys
Ikaria, Evdilos
No reviews yet.  Write a review
0030 22750 32600
The hotel Kerame, named after the settlement of Kerame, is 1 km from Evdilos. Built amphitheatrically above Kerame beach, it has unique mountain and sea views. Preserving the island colors, sea blue and white, it has 11 studios, 21 apartments, 5 suites, 3 villas, and 4 mezzanine rooms that can sleep 157 people in total. All come with a fully equipped kitchen, air conditioning, TV, hairdryer, telephone, balconies or terraces. Wi-Fi is available throughout and features a pool and bar. Ikaria, an island in the eastern Aegean, known from the legend of Icarus, a place of worship of the god Dionysus and the goddess Artemis were also called PISCES and ANEMOESSA. Its history is lost in the depths of centuries, it experienced pirate raids of the Saracens, it was conquered by the Byzantine Franks, the Genoese and the Turks. It was an independent state from 17 July 1912 until 4 November of the same year when it was incorporated with Greece. The hospitality and warmth of ordinary people combined with the magnificent beauty of the island make IKARIA an ideal holiday destination. The landscape is constantly changing, wild, day-long, breathtaking! The main attractions are the thermal springs, the beaches that take you to the sea, the traditional settlements with houses with stone roofs, the traditional festivals with local wine, the Russian kid and the violins play the iconic one, entertaining the world until sunrise. IKARIA integrates you in its rhythms and the lifestyle of its residents by making its guests forget about stress and speed, the identity of the city. It's the Kirk of today that makes you dream of falling in love with the true side of life. Traditional recipes such as ham, soufflé, herbs, fresh fish, honey, spoon sweets, local wine, local dairy products make it especially popular with its guests. Evdilos is the northern port of Ikaria. Built amphitheatrically, it is distinct from the sea and is located in the center of the north side of the island. It is one of the most picturesque villages of Nicaria with traditional houses, picturesque cobbled streets, flower gardens, lush gardens, traditional cafes, night shops for food and drink. The port of Evdilos is connected with Piraeus as well as with Samos, Mykonos and Syros. Sailing boats and cruisers are hosted daily on site. There are post offices, ATMs, port offices, police, KEPs, health centers and all relevant municipal services. In the streets of the village you will find food, clothing, gifts and salons and car rental offices. At the nearby beaches of Kerame, Flis and Kyparissi to the east of Evdilos you can enjoy a swim while on the west you will find Fitima and the organized magical beach of Kambos. Evdilaki as the locals call it.