The Monastery of Agios Markos in Chios, Greece: The Monastery of Agios Markos (Saint Marc) is located on a hill above Karies village, only 6 km from Chios Town. Built on the slopes of Mount Penthodos, this monastery was established in 1886 by monk Parthenios, an ascetic who was living alone in a nearby cave and was later buried inside the monastery. The current building was constructed on the ruins of an 18th-century monastery.

The monastery of Agios Markos played an important role during the struggle for freedom till 1912, when the island of Chios was finally integrated to the Greek State. Also in the early 20th century, a school of hagiography was working there. The high location of the monastery and the cave of monk Parthenios give the most beautiful view of Chios Town and the surrounding area. 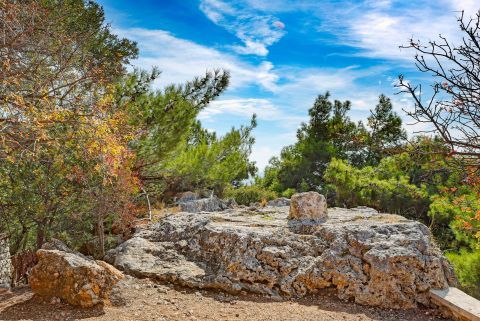