Homerus Stone or else Daskalopetra on Chios: Homerus Stone or Daskalopetra is a historical place in the area of Vrontados. According to tradition, this is actually the stone where Homer was seating on and was narrating his poems. As it is known, Homer did never write his poems as he was probably blind, but he was narrating them to his students who were writing them for himself.

The name of this place daskalopetra actually means the stone of the teacher in Greek, referring to the great poet Homer. This spot gives a wonderful view of the area, the sea and the village of Vrontados. 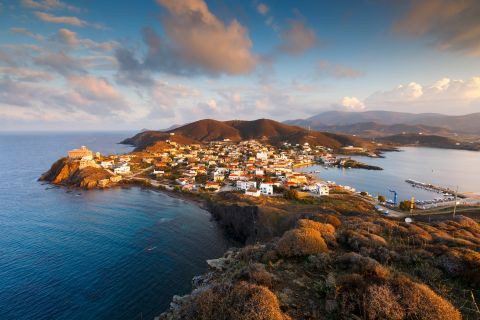