The Byzantine Wine Presses of Simi Greece, Dodecanese: The island of Simi is a well-known producer of high-quality wines. The main feature of the wines of Simi is their sumptuous taste, a feature that results from the combination of the climate and the soil conditions, among others.

Vine growths and wine elaboration count on a long tradition that starts in the ancient times, when the Greeks used to worship Dionysus, the god of wine. In fact, many vine varieties are mentioned in ancient texts, some of which have survived along centuries till today.

As a proof of this old tradition, many wine presses have been found on the island of Simi, mainly dating from the Byzantine era. Actually, there are more than 120 presses recently discovered (in 1992) by Sarantis Kritikos, scattered all over Simi. Only eleven of them have today been restored in Kourkouniotis area.

These presses were made of big stones that formed a circle. In the middle of the circle, people used to put grapes and squeeze them with their feet. The juice of the grapes flowed from some holes between the stones. Later on, the stones were substituted by higher wall constructions.

To go, you take the road from the town to Panormitis Monastery and a sign on the left of the Monastery of Megalos Sotiras will show you a small path that leads to the presses, through a lovely cypress forest. 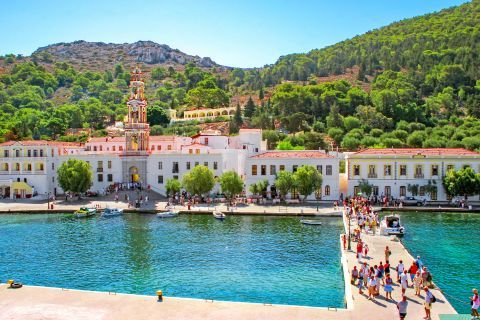 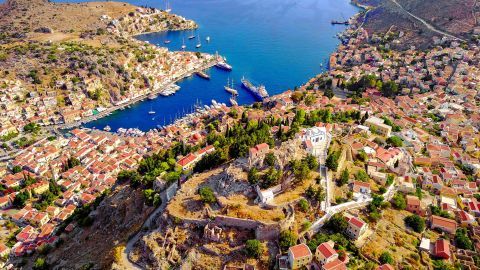 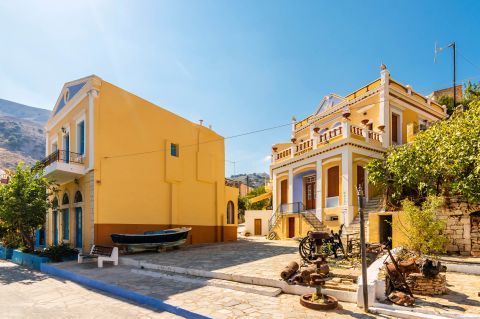 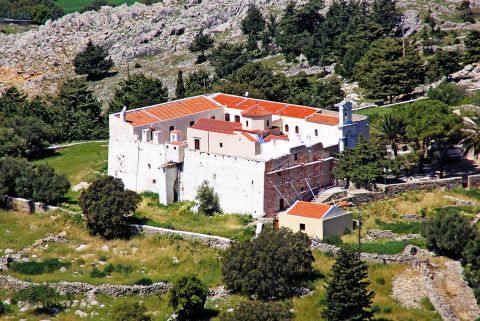