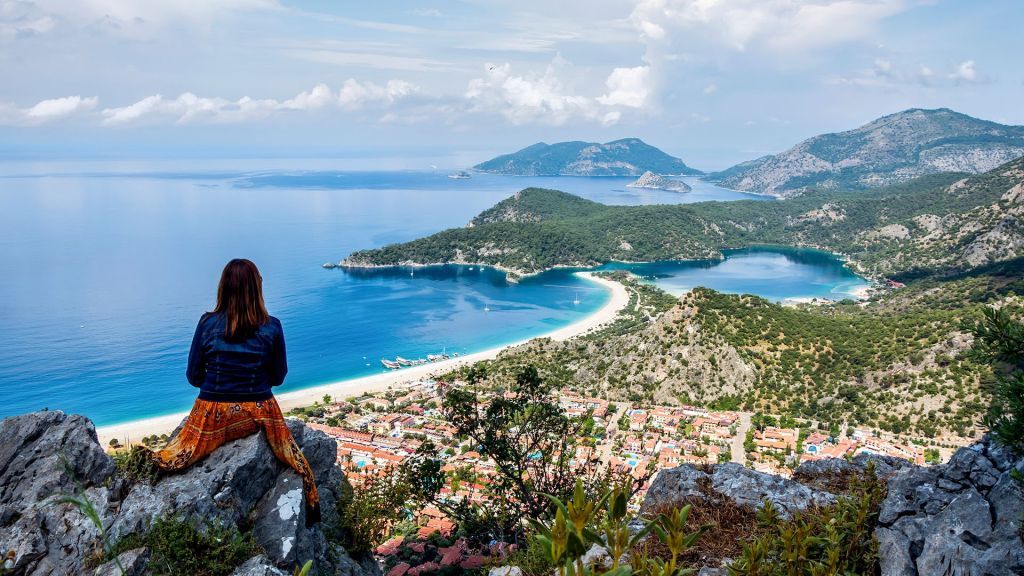 On this same day return trip you will have the chance to visit Fethiye one of the most tropical cities in Turkey, famous for it natural green atmosphere, crystal clear blue waters and rick history.

We meet you at the Tourist Port in Rhodes, which is located by the Old Town of Rhodes, where you pass through passport control. The boat departs at 09:00 am and arrives in the beautiful Fethiye at 10:30.

The tour starts with visiting the amphitheatre in Fethiye which was emerged in 1993 during agriculture diggings, there you can see 1500 seats out of 5000 original seats.

Continuing you visit the numerous breath taking Amynda Tombs, from the 4th century BC, carved into high mountain cliffs overlooking the whole city of Thelmessos known as Fethiye. The city is dated back to the 5th century and was originally named Thelmessos which means city of lights. The Lycian Tomb which goes back to the 4th century is the largest tomb of the Lucian’s, carved into the highest cliff, characterized by its detailed ancient carvings and mountainside smaller tombs.

After our tour we return to Fethiye town, we visit a local "lokum" manufacturer where you will have the chance to see the procedure followed for the preparation of the Turkish delicacies "lokum" and have a taste. Continuing you will have free time to stroll down the alleys of Fethiye which are full of shops and are not far from the port. The colourful decorated alleys of Fethiye give an enthusiastic mood to shop unique items.

Prices do not include taxes that you need to pay localy:
5euro per person regardless of age.

Rhodes day cruise to Fethiye in Turkey Having trouble to send your request? Send us an Email

By catamaran, 35 meters, 32 Knots, 300 passengers capacity, 2 floor, 1 sun deck, 1 bar, full air-conditioned
Map View
We use cookies to offer you a better browsing experience and to analyze site traffic.
By browsing this site you agree to our use of cookies. Learn more about our cookies policy