Kalymnos is inhabited since the Neolithic period as many findings witness but the presence of the Mycenaen civilization is extremely highlighted with the well-decorated tombs.

The Archaeological Museum presents the history of the island in various periods hosting a great collection of findings from the prehistoric to post-byzantine times. Among them are the bronze sculptures, ceramics, coins, jewelry, icons, and rare manuscripts. One of the museum's attractions is the bronze female figure that was retrieved from the depths of the sea in Kalymnos. It lies in a beautiful quarter of Pothia.

One of the few surviving traditional houses of Kalymnos has been turned into a folklore museum depicting the character of an old house. Local costumes, dresses, kitchen vessels used back then, old furniture and a large family bed are some of the exhibits that you can see. A tour at the Kalymnian house is a journey back in time.

The most impressive museum in Kalymnos is the Sea World Museum, found at the center of Pothia. The exhibition gets often updated takes over four rooms including a vast collection of seashells, stones and fossils from the ancient Kalymnos. The Nautical Museum of Kalymnos is equally interesting and showcases the history and traditional methods of sponge-fishing and other items that were brought to surface from the ancient shipwrecks.

Valsamidis Sea World Museum was founded by Valsamidis brothers and it is situated in Vlychadia village. Its remarkable private collection consists of items that are related to the marine world. 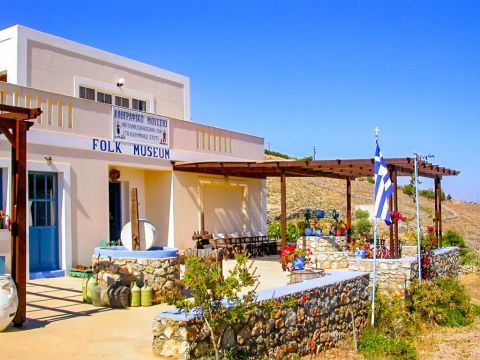 This private Folklore Museum is located about 1,5 km from Pothia, on the way to Vothoni. It is a representation of a traditional Kalymnian house with agricultural tools, traditional clothes, kitchen utensils, and other items. 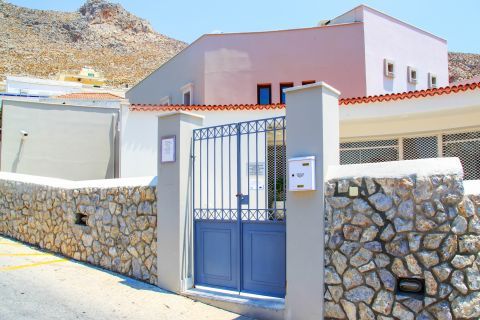 The Archaeological Museum of Kalymnos is housed in a beautiful mansion constructed in the 19h century. It exhibits a prehistoric collection with ceramics, tools and statues, sculpture from the historical times and traditional furniture of the 19th century.