Kalymnos, known as the sponge diver island, has beautiful architecture. Pothia, the capital and the port of the island, is considered as one of the most picturesque towns in the Dodecanese, renowned for its naval history and trade.

Many of the houses that climb the hill follow the Neoclassical style, while other houses have elements from Italian architecture. Among the most beautiful buildings that were built during the 19th and 20th century is the Town Hall standing in the heart of the town. Equally interesting is the Metropolis church and the remains of the ancient city on top of the hill, including the Venetian castle of Chryssohera.

Plenty of ancient remains are found in the villages of Vathy and Chorio, both sharing characteristics from the traditional architecture of Kalymnos, for example, the whitewashed houses with colorful windows and many wooden fish boats moored on the small and picturesque bays.

The island's defensive structures such as castles and forts that retain its historical and tourist interest were built by the locals as a protection from the piratic constant attacks matching perfectly with the bright colored small houses and the local style of Kalymnos Greece. Along with the port and streets of Pothia, you will also admire the statues of Michael Kokkinos, a famous sculptor born in Kalymnos island. 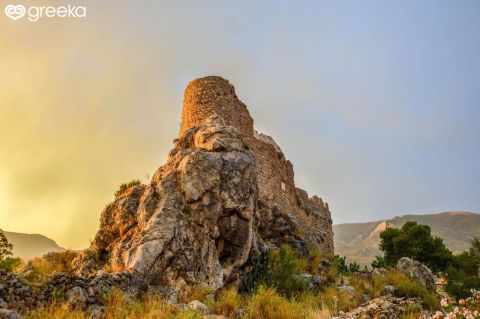