The site is unique and quite interesting, as the graves discovered were corbelled and also included a lot of wealthy items, such as vessels looking like frying pans, with representations of ships on them. These artifacts have been put up on display at the Syros museum and are worth a watch.

The 500 graves and the items found here throw light on life during the Early Cycladic period between 2700 and 2000 B.C. It is believed by many that at Platy Vouni, located nearby, there is a cave in which the great philosopher and historian Pherekides resided, who was also the teacher of Pythagoras. 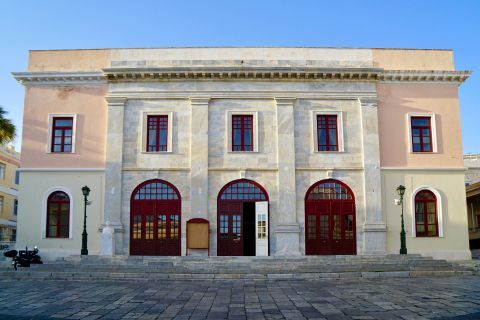