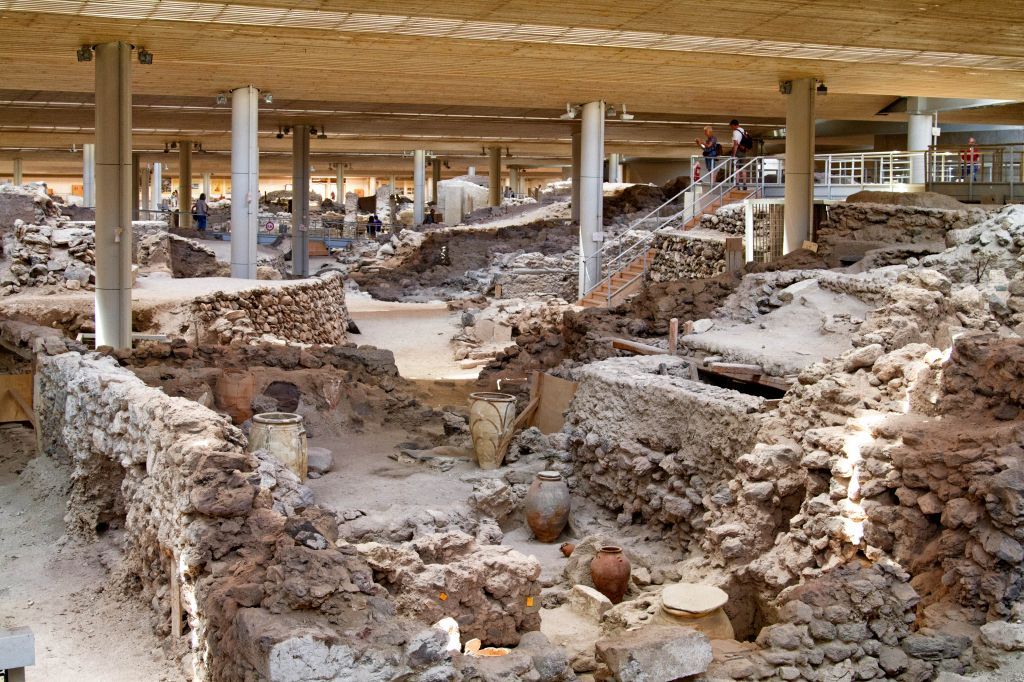 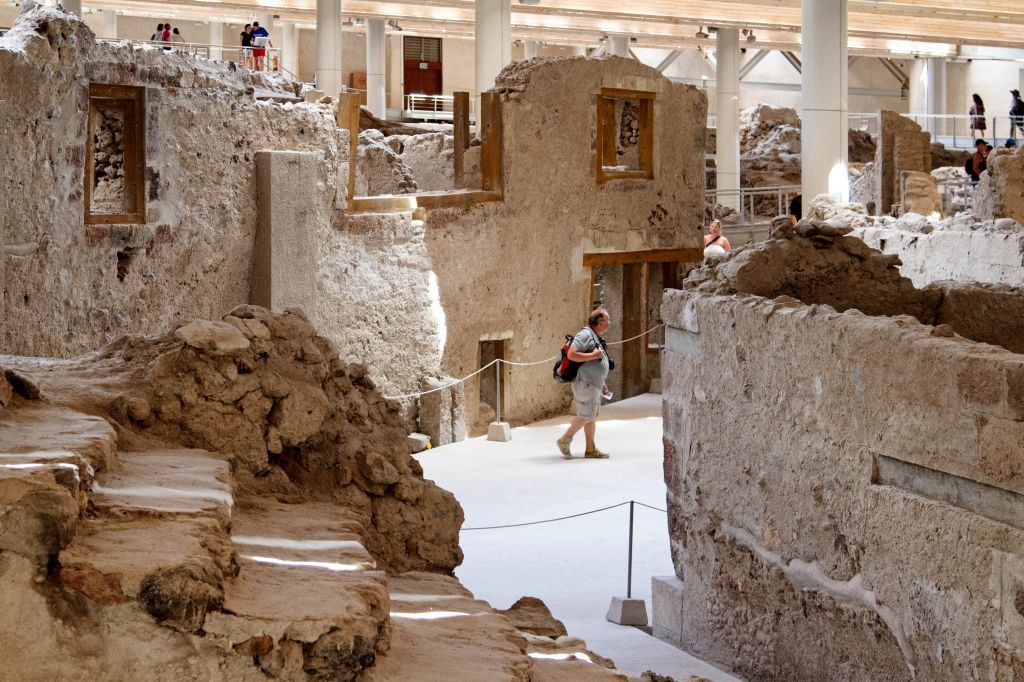 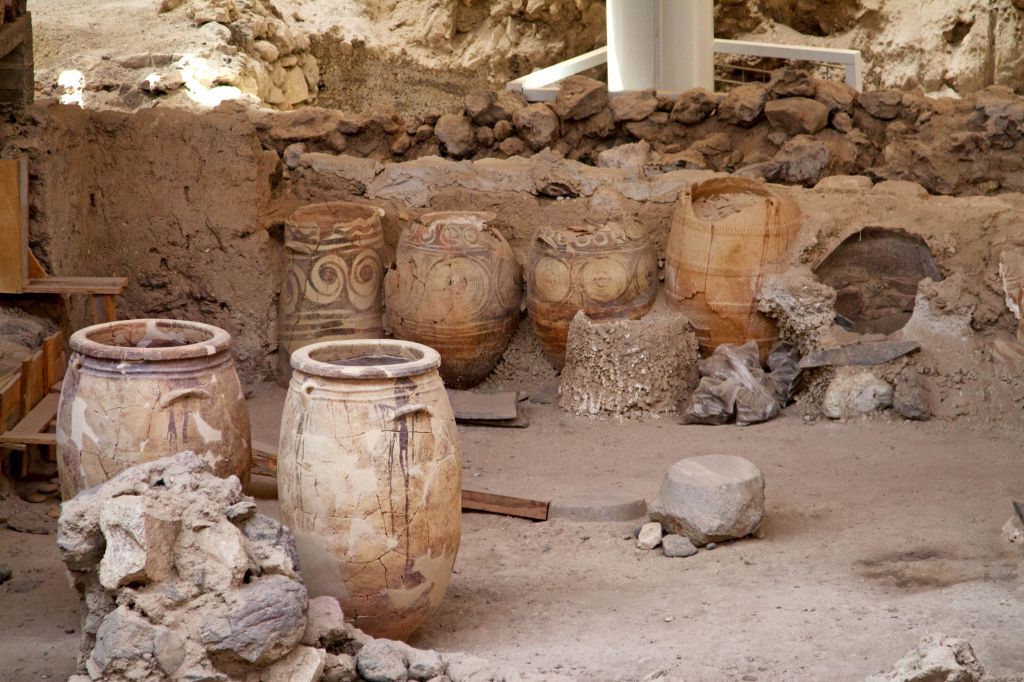 Guided visit with professional licensed guide in the Minoan Town of Akrotiri, one of the most important prehistoric settlements of Greece.
Akrotiri is a Bronze Age settlement on the southern side of Santorini that was destroyed by the huge volcanic eruption of Thera. As Akrotiri was entirely covered by volcanic ash, it was preserved in perfect conditions so as to be referred today as the Prehistoric Pompei.

Excavations in Akrotiri have revealed a place of dense urban planning, public buildings, paved streets, squares, store houses and walls decorated with amazing frescoes. These frescoes depict scenes of festival occasions and daily life. As they were covered by lava, they maintained their coloring amazingly well. Due to its way of destruction, Akrotiri has been frequently suggested as the location of the lost Atlantis.

Akrotiri guided tour Having trouble to send your request? Send us an Email

By Bus
Map View
We use cookies to offer you a better browsing experience and to analyze site traffic.
By browsing this site you agree to our use of cookies. Learn more about our cookies policy