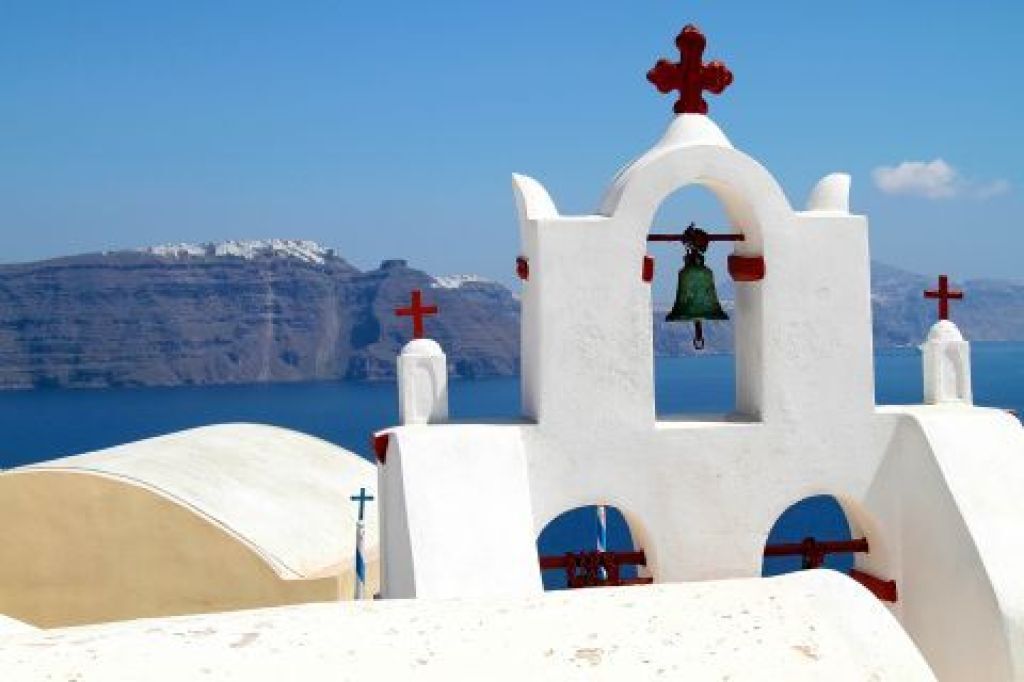 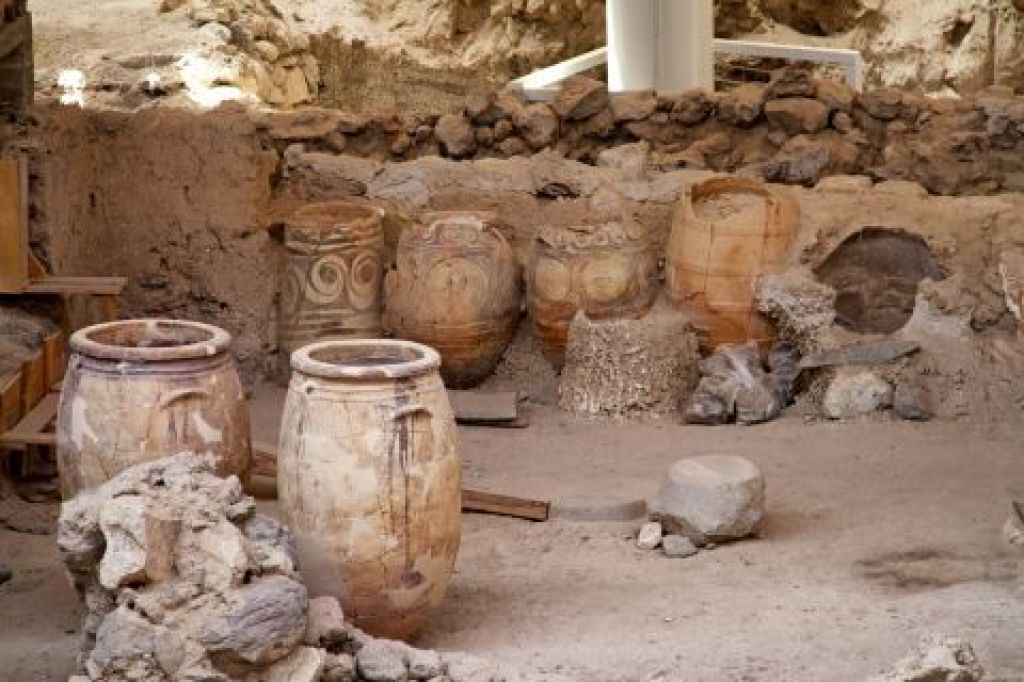 This full day bus tour starts with a guided tour in the archaeological site of Akrotiri. Akrotiri excavations is one of the most important archaeological sites in Greece. It’s a prehistoric town which was built 2000BC and was buried under pumice stones and volcanic ashes during a great volcanic eruption, in 1612-1613BC. The Aegean Pompeii according to the archaeologists…

We then continue with a visit of the picturesque village of Megalochori, whose existence is recorded back to the 17th century. It has historical mansions, old traditional houses, pirate hideaways and wine canavas, where merchants and wealthy land barons exporting Vinsanto wine that the island still produces.You will have the chance to visit impressive churches such as the church of Aghia (Saint) Paraskevi known for its unusual yellow bell tower and the picturesque little church of Aghia (Saint) Fotini the Samaritan, dug into the hard-volcanic rock.

Our next stop is the wine museum of Koutsoyannopoulos Winery. You will be able the famous Santorini wines in this one of a kind museum, that has everything a visitor would want to know about winemaking in one of the most unique places on earth, happens to be nestled in a cave and because of its unique position this natural labyrinth is eight meters below ground and 300 meters long.

The tour ends with a last stop to take photos of the amazing Caldera landscapes at the most famous village of Santorini, the village of Oia, while walking by the alleys of the village and later on watching the most beautiful sunset of Greece.

We return you to your hotel after sunset.

Megalochori And Wine Tasting Tour Having trouble to send your request? Send us an Email