Named after its distinctive bell tower, the church Three Bells of Fira is a Catholic church dedicated to the Dormition. It dates back to the 18th century, although various modifications have occurred throughout the years and the church had to be restored after the earthquake of 1956.
The church has a traditional style of Cycladic architecture and it is considered one of the prettiest blue-domed churches in Santorini.
It is one of the most visited sights in the area and its location on the caldera offers breathtaking views of the Aegean Sea, as well as the volcano.
The small church is very photogenic and you may also visit it around sunset time. 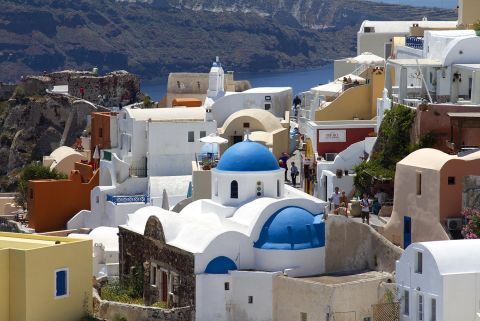 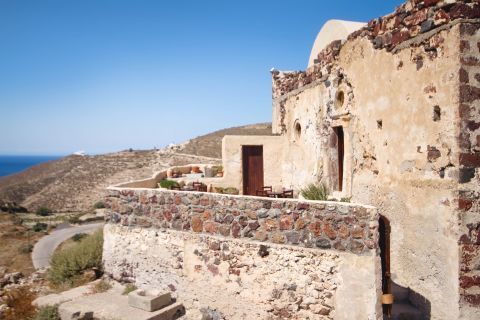 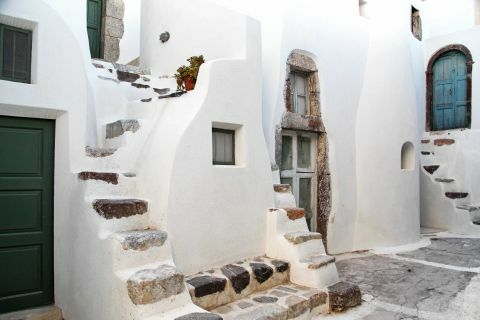