Ancient Thera is perched on a rocky promontory which is popularly referred to as the "Mesa Vouno". It is nestled between two of the most famous beaches in Santorini - Perissa and Kamari.

In terms of natural beauty, Ancient Thera is located above cliffs plummeting abruptly into the sea. The place offers charming panoramic views of the surrounding islands.

DISCOVER THE SIGHTS WITH YOUR OWN CAR!
Want to discover Santorini with ease and totally carefree? Rent a car with us at the best prices! Rent your car with us!

Although the summit was initially occupied by the Dorians (under the chieftainship of Theras) way back in the 9th century BC, a vast majority of the edifices belonged to the Hellenistic period when the Ptolemaic army reigned in this part of the world.

First-time visitors will hit the walking trail and will come across picturesque places like Kamari, Fira, and on towards the azure blue Aegean sea at a distance. The Ancient Thera site boasts a wide range of evidence belonging to various historical periods of the Aegean civilization. Impeccable Roman Baths, elegant Hellenistic shops, and Byzantine Walls all lie around the area.

As a visitor, you may not be able to make sense of the stupendous diversity of vestiges at the Ancient Thera site. A knowledgeable guide could be advantageous. Don't miss out on visiting the Terrace of the Festivals. This is the site where the men danced naked to pay tribute to Apollo. For those with high energy levels, you would do well to walk all the way and rest assured of the breathtaking scenery of Santorini. There is also a spring inside a cave that you can admire.

Ancient Thera is located between the two famous beaches of Perissa and Kamari.

Private transfers: We recommend using an online pre-booked transfer service, which provides transfer by taxi, minibus, or private VIP car and arranging a pickup directly from your hotel. Alternatively, there’s the option of scheduling a direct pickup by a local driver at the following numbers: 0030 690 679 4316, 0030 22860 22555.

Car rental: There’s the option of renting a car and picking it up directly from your hotel. You can then visit the Ancient Thera but also many other places of interest.

Public transfers: In Kamari village lies the terminal of the bus route Fira > Kamari. From Kamari, a road takes you up to the site of Ancient Thera. There are buses to Kamari approximately every 1.5 hours. In Perissa village lies the terminal of the bus route Fira > Perissa. From Perissa, a small footpath crosses the mountain and leads to the ruins (about one hour walk). There are buses to Perissa approximately every 1.5 hours. Fira is where the central bus station of the island is located. Bus connections between this bus station and most areas of the island are available. Note that time schedules might change according to the season. Check the official timetables here.
Tip:  Since buses don’t always stop at every scheduled stop of their itinerary, our advice to visitors is to inform the driver about their final destination in advance. 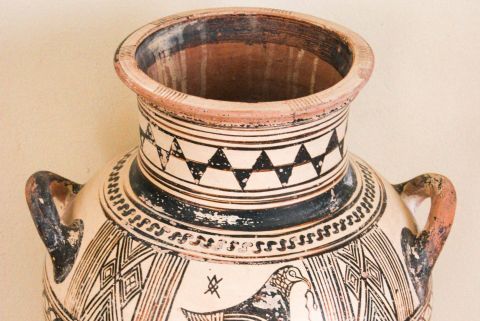 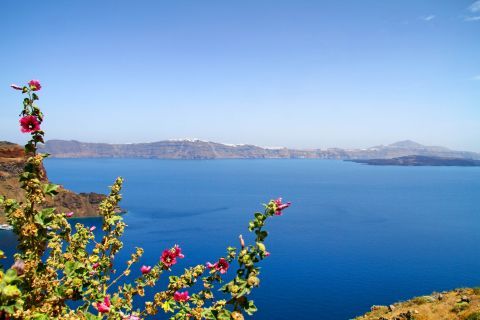 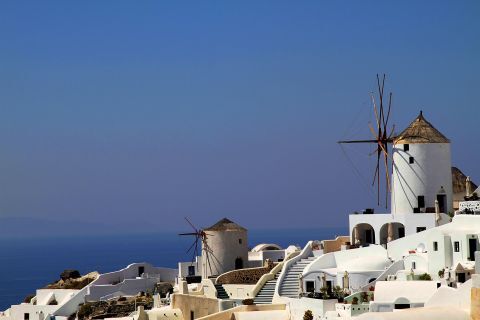 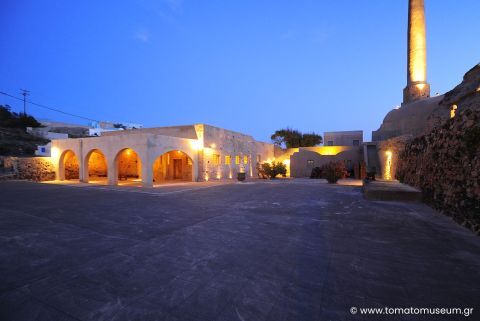 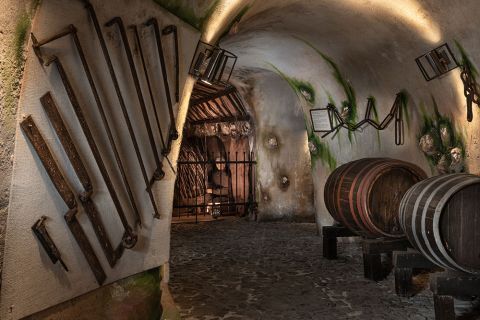