Paros Marathi Marble Quarries, Cyclades: An interior road from Lefkes and Marpissa that passes by the side of a mountain ultimately leads to the renowned marble quarries of Marathi, in Paros. This is the place where one of the finest varieties of marble is found. The Parian marble was much preferred by the renowned Greek sculptors largely due to its transparency and fine consistency.

Some of the all-time great masterpieces like the world famous Venus de Milo and Hermes were sculpted using the Parian marble. Visitors who intend to visit the quarries find the immense pathway that leads one to the actual quarries very dative and foolhardy due to the fact that the pathway is paved with marble. As you walk along the meandering pathway, you will come across a cluster of old abandoned edifices and further ahead lies the ancient quarries.

The deserted buildings that stand on the right-hand side of the pathway used to belong to an erstwhile French mining company. It is believed that this French company supplied the Parian marble for the purpose of constructing Napoleon's tomb way back in the year 1844. This French company also happens to be the last mining company to operate in this quarry. A distance of 150 feet to the left-hand side of the marbled pathway lie the world-famous quarries of Paros.

There is an additional quarry, which is located to the left of the pathway and dates back to the 3rd century BC. This quarry is conspicuous by its reliefs of Greek gods, which are strategically positioned at the entrance itself and is rather innovatively protected by a cage-like enclosure.

Archaeologists believe that during the height of the Roman empire, this particular quarry on Paros employed approximately 150,000 slaves who worked as miners here. Although there isn't much at stake here in this quarry, the adventurous ones are known to walk their way deep into the caves, which were once ripped open by the toiling miners. To undertake such a venture, its advisable to have an expert guide alongside.

Visitors to Marathi are spellbound by the sight of the radiant and luminous white rock that extends from the mountains. Many visitors come to visit this quarry due to the fact that Napoleon's tomb was constructed by the marbles of Marathi and French tourists, in particular, have a sentimental attachment to the Marathi quarries.

The history of the world famous Parian marble dates back to the Proto-Cycladic period and reputedly has a transparency which is as high as 7 cm. While that of other marbles like the Penteli is a mere 1,5 cm. This is one of the reasons why sculptures made out of Parian marble have a distinct radiance as it allows light to penetrate the marble.

At one point in time, as the demand for marble from Paros outstripped supply, it was considered to be one of the world's costliest marble and every sculptor's dream. According to Greek statistics, archaeologists are of the opinion that as much as 75% of all the sculptures created in the Aegean islands were made out of the marble from Paros. A staggering amount indeed. Vintage masterpieces of yesteryears like the treasury of the temple of Athena at Delphi as well as the temple of Apollo and the magnificent temple of Solomon was carved out of Parian marble.

The mining of the Parian marble came to a halt in the 7th century and revived once again for a short while in the 19th century when two renowned mining companies were in operation. But, in the long run, the companies couldn't sustain their operations and the quarries were once again closed down. Getting to Marathi Quarries is easy. All you need to do is hop into a bus and keep track of the road signs.

The Ancient Marble Quarries is located in Marathi village.

Car rental: Τhere’s the option of renting a car with as little as 14 euros per day and pick it up directly from the airport, port or your hotel. Using a car rental allows visitors to discover the Ancient Marble Quarries and many other places of interest at their own pace.

Public transfers: The central bus station of the island is located at the main port of Paros (Parikia). There are several buses from Parikia to Marathi during the day. Consider that time schedules might change according to the season. Check the official timetables here.
Tip: Since buses don’t always stop in every scheduled stop of their itinerary, our advice to visitors is to inform the driver about their final destination, so that he makes a stop there. 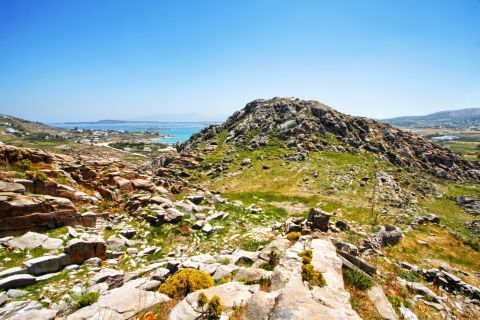 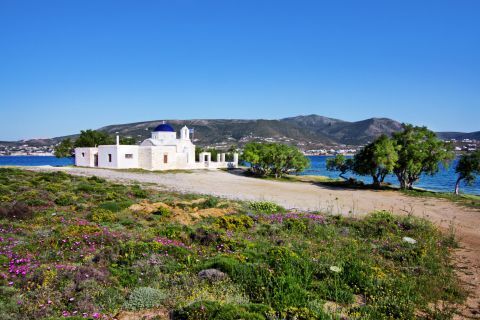 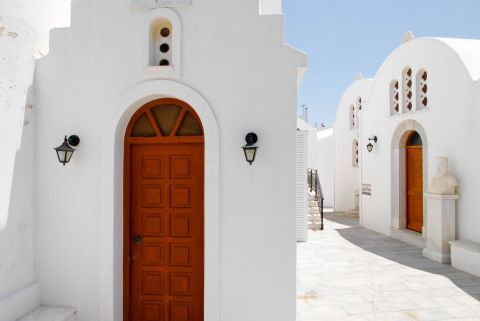 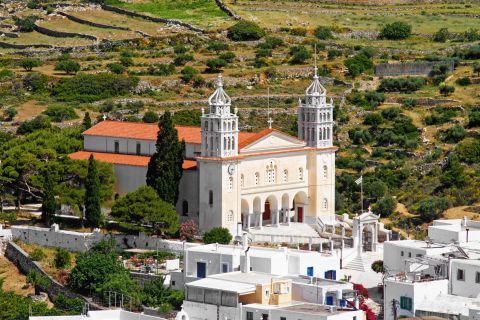 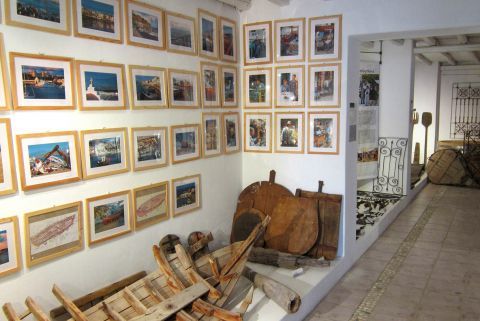 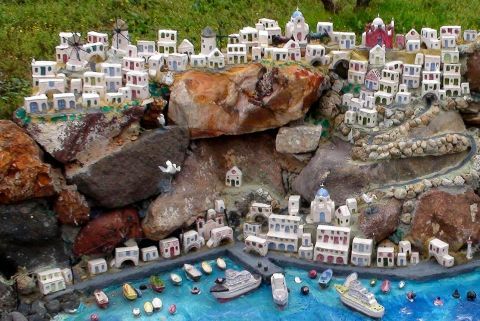