Apiranthos Naxos is the most picturesque village on the island. It is located 26 km from the capital, between two green valleys, at an altitude of 650 meters.
The settlement was renamed a few years before the War of Independence. Some people believe that its name originates from the area of Perinthos in Constantinople since former inhabitants fled to the village to avoid Ottoman prosecutions. At the same time, the place's traditions and patois are similar to those of montane Cretan villages, so it is assumed that many locals are descended from Crete.
The village is also the birthplace of Manolis Glezos, a Greek hero of the World War II resistance. He is best known for taking down the Nazi Flag from the Acropolis, an act that inspired Greek people to resist the German occupation.

DISCOVER THE VILLAGES WITH YOUR OWN CAR!
Want to discover Naxos with ease and totally carefree? Rent a car with us at the best prices!
Rent your car with us!

Apiranthos is a large village and sits precariously on a hilltop. It comprises the prettiest and most charming village of Naxos for many. That comes as no surprise since it is full of lovely houses made with fine marble.
A large street starts where the bus stops, beyond the impressive Church of Panagia Aperathitissa - one of the oldest churches on the island, which houses some beautiful and valuable icons.
The regional museums are also situated there. Apiranthos boasts four interesting museums; the Archaeological Museum of Apiranthos, the Museum of Folk Art, the Art Museum housed on the ground floor of the Cultural Center, and the Geological Museum. In addition, Apiranthos hosts Nikos Glezos' library, the largest library of the Cyclades. It was established in 1964 and is dedicated to Manolis Glezos' brother, who was executed by the Nazis.
Outside the quaint Folkore museum sits an imposing plane tree which adds to the scenery and makes it an ideal background for photos.

Several traditional cafes and taverns lie across the pedestrian walkway.
A magnificent view is also offered, overlooking the town into the valley.

The architecture is awe-inspiring, with the Venetian influence being apparent. The setting is unique and makes you feel like you have traveled back in time.
One encounters houses with coats of arms above their doors as well as some ornate balconies in view.

A derelict windmill in ruins lies above the village. It is also known as the Frantzeskos windmill, the name of its owner. It was established around 1901 and functioned until 1917.
Last but not least, Apiranthos is home to a dilapidated Venetian tower named Zevgolis Tower. It is not open to the public since it constitutes private property, too.

How to get to Apiranthos

How to get to Apiranthos

Car rental: Τhere's the option of renting a car and picking it up directly from the airport, port, or your hotel. Using a car rental allows visitors to discover Apiranthos and many other places of interest at their own pace.

Public transfers: The central bus station of the island is located at the port of Naxos. There are several buses from Chora to Apiranthos during the day. Consider that time schedules might change according to the season. Check the official timetables here.
From Naxos airport to Apiranthos: Note that there is no bus station at the airport and the best option is to book a car or a transfer. If you still want to use the public bus, after exiting the airport buildings, follow the road to the left. The closest bus stop (Naxos Camp) is located 700 meters away. From Naxos Camp, visitors can take the bus route Plaka - Agia Anna > Chora (approximately every 30 minutes during summer) to Naxos central station. From there, visitors should board another bus. Lines 2 and 6 are those that reach Apiranthos.
From Naxos port to Apiranthos: The bus station is located at the port of Naxos. From there, visitors who have arrived by ferry should take a bus. Lines 2 and 6 are those that reach Apiranthos.
Tip: Since buses don’t always stop at every scheduled stop of their itinerary, our advice to visitors is to inform the driver about their final destination in advance. 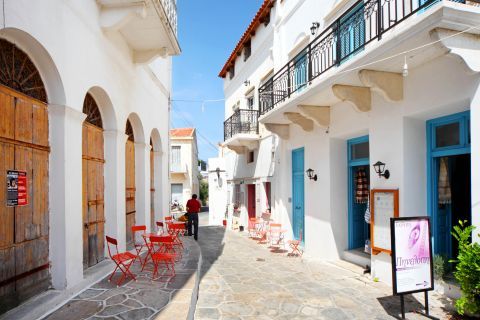 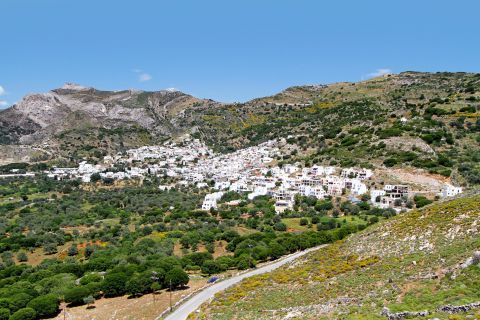 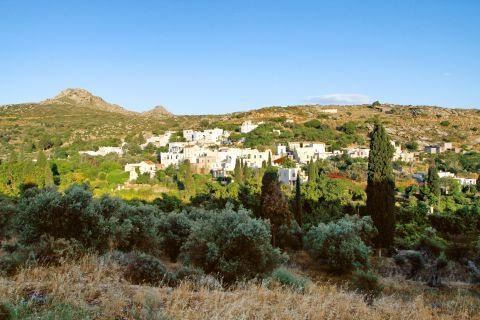 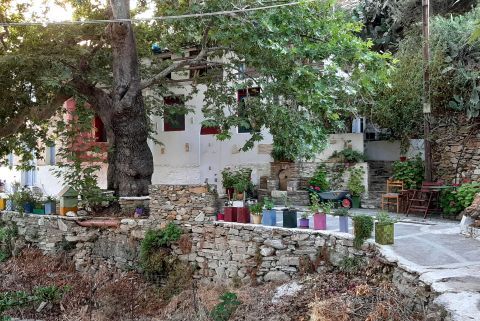 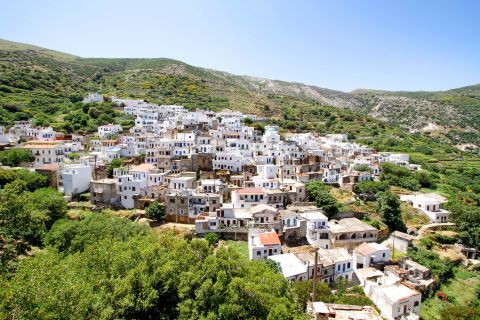