Panagia Argokoiliotissa church in Koronos: The story accompanying the church of Panagia Argokoiliotissa began almost two centuries ago, around 1835.
In that year, a local of the nearby Koronos village in Naxos visualized in their slumber a visit from a spiritual being that revealed a specific location. After sharing this with his fellow villagers, two excavations were performed in the Argokoili area, unearthing two very old orthodox icons dating back to the Byzantine era. One of them pictured the Virgin Mary near the fountain of life; coincidentally, it is said that the next year, at the excavation's anniversary, there was a small stream of holy water coming out of a rock in the same area.

The villagers continued the excavations there and discovered an underground cave-like Byzantine observatory, speculated to be standing since the Iconoclasm years. After a short period, a tiny basilica church was built atop the observatory, elongated over the next few decades. It was named after the place (Argokoili) and the icon it hosted, resulting in its modern name of Panagia Argokoiliotissa. The steep carved rock staircase leading to the underground rooms is accessible, albeit restricted to the crowds as a precaution.
Following the original church’s architectural additions, an imposing basilica is constructed on the eastern side of the small church, the largest one in the Cycladic region.
Panagia Argokoiliotissa of Naxos is always celebrated five days after Easter Sunday.

Car rental: Τhere's the option of renting a car and picking it up directly from the airport, port, or your hotel. Using a car rental allows visitors to discover Panagia Argokoiliotissa and many other places of interest at their own pace.

Public transfers: The central bus station of the island is located at the port of Naxos. There are several buses from Chora to Koronos during the day. Line 2 reaches Koronos. Consider that time schedules might change according to the season. Check the official timetables here.
Tip: Since buses don’t always stop at every scheduled stop of their itinerary, our advice to visitors is to inform the driver about their final destination in advance. 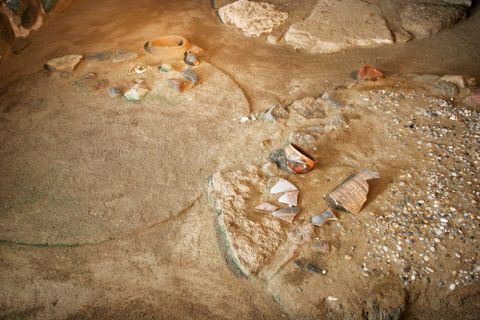 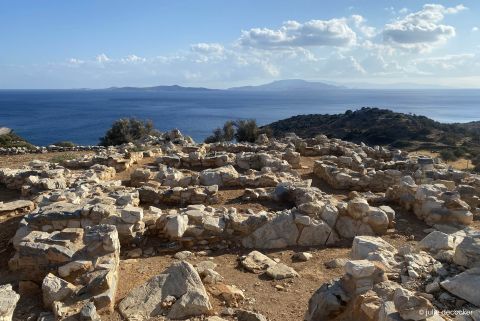