Naxos boasts some of the most beautiful beaches in the country.
One of the most secluded ones is Azalas beach. It is located on the eastern side of the island, below the quaint Apiranthos village and 500m from Moutsouna village.
Its trademark is the huge rock formations at the edge of the beach, a phenomenon considered rare for the landscape and beach scenery of Naxos.
Due to their distinguishing structure, you can spot the beach while driving down the windy road from Apiranthos.

The coast used to be sandy, but now it is mostly pebbly.
However, the seabed is mainly sandy, with a few big rocks scattered here and there.
Many coves are formed across the rocky coastline. The geology makes the region suitable for fishing, and that’s why it’s considered a fishermen-favorite spot.
Some trees and bushes lie around the beach, providing shade to some extent.

The waters are azure and crystal clear.
From Azalas, you can view the small uninhabited Makares island on the east side; you can also spot Donoussa island.

Tourism has not reached the area yet, and you’ll encounter only a single-digit number of houses around.

Keep in mind that the beach is isolated and off the beaten track, so you have to take everything you’ll need with you (beach equipment, water, and food). The nearest food options lie in Moutsouna.
Also, note that the beach can be affected by northern winds and it is a good windsurfing spot.

Azalas beach is ideal if you’re looking for a day trip at the beach in privacy. The region features many relatively unknown beaches for anyone who would like to explore new places for swimming. Most of them are accessible only on foot, though.

How to get to Azalas beach

How to get to Azalas beach

You can approach the beach via car or on foot.

The walk is approximately 20 minutes from Moutsouna. No public transport approaches the area; however, if you use the bus that heads to Moutsouna, you can ask the driver to stop at Atsachas - the spot where you can reach Azalas if you take the dirt road on the left. There’s a sign lying there, too. From there, you will need around 15 minutes to arrive at the beach.

The distance from the capital of Naxos (Chora) is estimated at around 37 km, while Apiranthos is 11 km away. From Apiranthos, after descending continuous sharp bends, you’ll end up on a straight road leading to the heart of Moutsouna. At some point, you’ll encounter the aforementioned sign. Take the turn to the left and you’ll be in Azalas in around 3 minutes.

Book your car with us in advance and benefit from our reduced prices by clicking here! 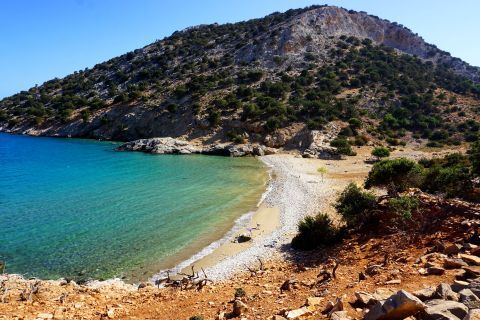 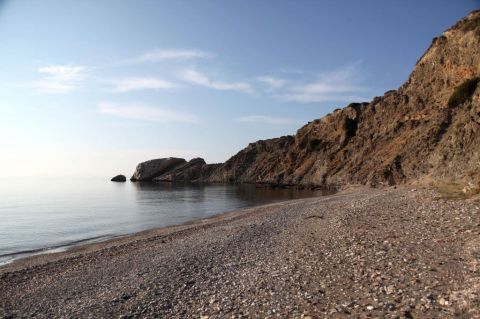 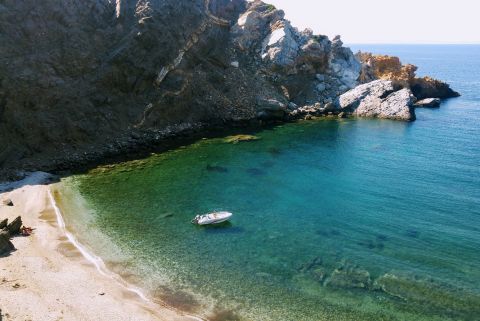 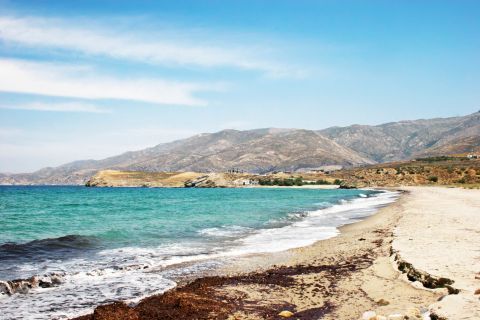 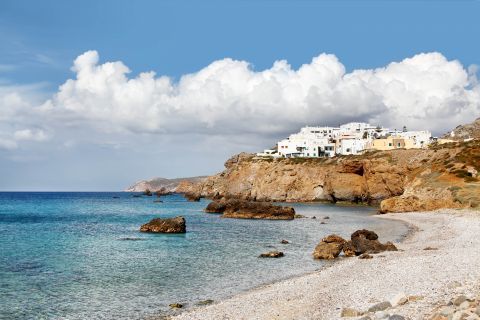