Paradise Beach: Paradise Beach in Mykonos is located in the south part of the island, 6km away from Chora, between Super Paradise and Paranga Beach. It is one of the most famous spots of Mykonos since the hippie era and a lot of amenities and points of interest for both tourists and locals are found there.

Paradise is a well-organized flat beach with sunbeds, umbrellas, showers, changing rooms, spacious parking lot and some additional facilities, such as WiFi, safe deposit boxes for personal storing items, and Thai Massage with an extra cost. There are also a lot of popular beach bars (Tropicana, Paradise, and Guapaloca), therefore it gets crowded during the summer season with the majority of the people being youngish.

DISCOVER THE BEACHES WITH YOUR OWN CAR!
Want to discover Mykonos with ease and totally carefree? Rent a car with us at the best prices! Rent your car with us!

The beach bars and the clubs of Paradise host many parties and events in summer with special guests some worldwide-known DJs like David Guetta and Steve Aoki. Despite the wild clubbing, water sports are another good reason for visiting Paradise Beach. Some of the available water sports are water skiing and jet skiing, while there is a diving center too. Nudists are also frequent on Paradise Beach since they have their own “special” spot on the coast.

Moreover, a fully-organized camping area is located behind the beach, while many villas, hotels, and apartments are available for rental too. The famous Cavo Paradiso Club, which is a large night club venue containing a pool, a restaurant, and a beach bar, is located on a hill above the beach. At night, Paradise Beach transforms into a huge night club with music and people dancing on the sand and on the rocks until dawn.

How to get to Paradise beach

How to get to Paradise beach

Private transfers: We recommend using an online pre-booked transfer service, which provides transfer by taxi, minibus or private VIP car and arranging a pickup directly from the port, airport or from your hotel. Alternatively, there’s the option of arranging a pickup by a local driver directly at the following numbers: 0030 694 559 7854, 0030 22890 22400 or book your taxi online.

Car rental: Τhere’s the option of renting a car with as little as 10 euros per day and pick it up directly from the airport, port or your hotel. Using a car rental allows visitors to discover Paradise and many other places of interest at their own pace.

Sea bus: The sea bus of Mykonos carries out frequent routes, connecting the New port with the Old port of the island. Between the starting and finishing points of the route, there are two intermediate stops close to bus and taxi stations. Also, some other sea buses depart from the Old Port for Paradise beach. You can get further information about routes and timetables on www.mykonos-seabus.gr.

Boat: Τhere are small boats that take visitors to Paradise from Ornos and Platis Gialos. 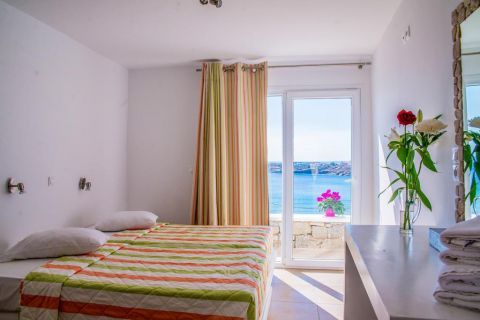 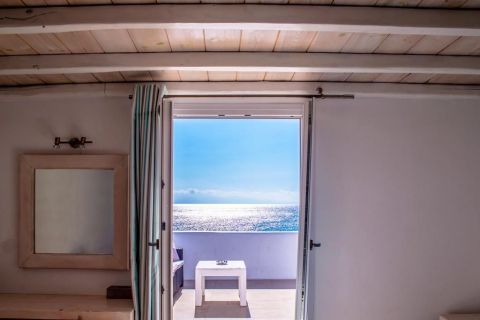 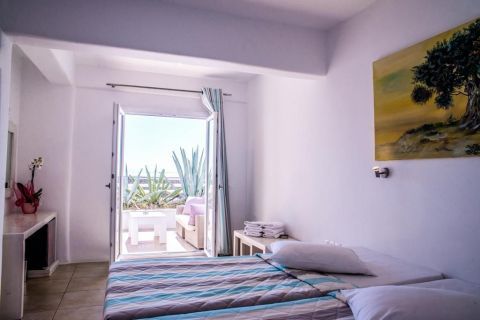 Located near one of the island's best beaches, Paradise Beach Resort offers beachfront accommodation in comfortable rooms that have a bright atmosphere. The hotel’s building complex consists of different kinds of double, triple and quadruple rooms and some of them come with great views of the sea. ... 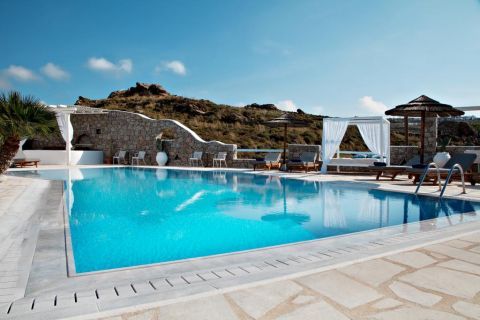 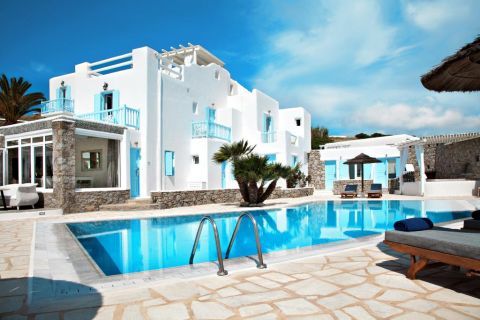 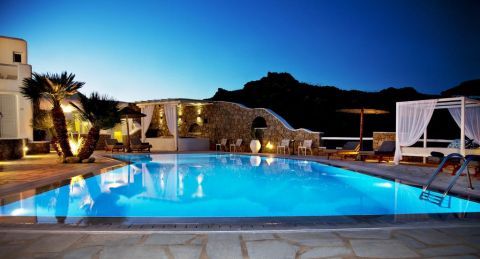 Featuring a large swimming pool with luxurious sunbeds and an outdoor jacuzzi tub, Paradise View Hotel is situated in a tranquil area, not far from the popular Paradise beach. The hotel’s rooms offer either sea or mountain views and they have a simple, yet beautiful design. A bar for sophisticated ...

Things To See And Do In Paradise

Tours and activities related to Paradise 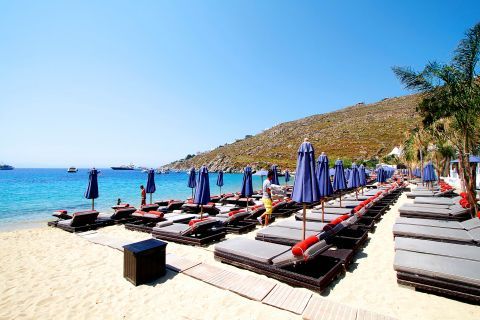 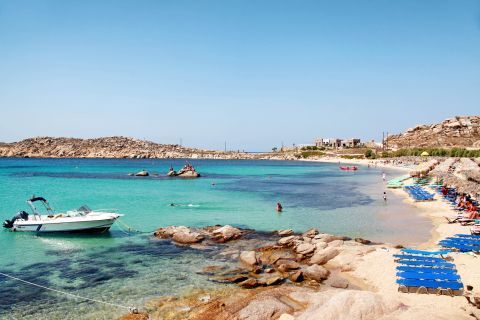