The Venetian Castle of Milos, Greece: The only thing in Milos today that bears testimony to Venetian rule on this island is the castle called Kastro.
In the 13th century, the Venetians established their presence by building the castle. After they completed the castle, they created a small village called Chora.
They elected some people from the village who would be in charge of production and the taxes. This village still exists and is surrounded by very large, fertile plains.

DISCOVER THE SIGHTSEEINGS WITH YOUR OWN CAR!
Want to discover Milos with ease and totally carefree? Rent a car with us at the best prices!
Rent your car with us!

The Venetians grew wheat, barley, cotton, vegetables, fruits, and vines. They also raised sheep and goats. The Venetians enjoyed hunting on the plains as well. They dug mines into the nearby hills and mountains and got pumice, sulfur, alunite, and mining salt. They also got salt in the nearby salt marshes.

In a neighboring harbor, they sent ships to do trade with other people. Fishing was very popular in the harbor and the surrounding coves. The Venetian settlement grew quickly. They built a wall around the settlement and a garrison gate. They also built churches, monasteries and a drainage system.

By the end of the 13th century, the Venetians got rid of customs duties. This increased the product supply and demand. More trading ships were attracted to the island and the population grew. The settlement expanded beyond the new wall. This settlement became the new capital of the island and was named Milos. The Orthodox and Catholics could live together in this new settlement in peaceful coexistence. Its increasing popularity attracted pirates who wanted to sell their loot as well as buy food, make repairs and spend winters here. The Aegean Sea can be quite unfriendly and inaccessible during the winter months.

In the 16th and 17th centuries, trade blossomed due to wars between the neighboring countries of Venice and Turkey. Other European forces were fighting over the eastern Mediterranean as well. The European powers felt they had to establish consulates in Milos to help communicate with their enemies. The Koursaroi (Greek for Buccaneers) became part of the population.

The Miloans had no choice but to accept this new addition to their population as these buccaneers were forced on them by a European country. They could install a naval base on the island with the help of an unknown European country. The Buccaneers, pirates and other new inhabitants helped the population to grow rapidly. They also brought a problem that happens with increased population. Life was now dissolute and venereal diseases were beginning to infect the population.

The population of Chora in the 17th century went up to 5000 people. They had two–storey houses and 17 churches. There were many monasteries and chapels built for the Orthodox and the Catholics. The feudal society organized by the Venetians was now a capitalistic, urban commercial society with a high standard of living.

The Turks won the war with the Venetians in 1699 and they began to dominate the settlements in Milos. The Buccaneers were thrown out. Muslim pirates began to raid the island. They were not as kind as the pirates before them. They slaughtered, raped, destroyed and stole crops. They kidnapped people for their ships and for the slave trade.

Milos was rocked by volcanoes from 1707 to about 1712. This made the situation in Milos even worse and was not helped by a very powerful earthquake in 1738. Many people died and a lot of property was damaged by this earthquake. It scarred the population deeply. The volcanoes and the plague that occurred in 1703 made the situation in Milos quite bad by 1750. Foreign travelers came to Milos during that time period and they talked about filth, damaging gases, polluted waters, unhealthy air, unsanitary conditions, and destroyed buildings.

By the end of the 18th century, these terrible events forced the inhabitants to abandon the main settlement of Milos and the surviving population moved into the Venetian castle. They built a village there that exists to this day as well as many churches. To build their new village, they stripped the old settlement to get the materials that they needed. Not even the churches were spared from this stripping. The miners continued to reside in the old settlement called Chora.

The Kastro or the Castle in English built by the Venetians who ruled Milos is on the second highest peak in Milos. The hill is called Prophet Elias and is about 280 meters high. You can see it easily from the nearby harbor. This castle is separated into two different parts. The highest uphill section is where the nobility and their courtesans lived. This section was nicknamed the Mess Inner Castle. A church was built near this section and is called Mesa Panagia. This church was also referred to as Skiniotisa since the main icon of this church was found in a bush called skinos.

The second lower section is called the Outer Castle. In this section also, the nobility lived. There were also some remaining Venetians who lived here. The two sections are separated by a low wall. The whole castle does not have fortification walls. The walls of the residences acted as a fortification against raids. On the western side of this castle, there is the main gate and it is called "Porta" (meaning "door" in English) or Portela. This door was open all day and locked up at night. There were guards at the gate all night and all day. They guarded the castle as well as watched the harbor for intruders.

On the north-eastern side of the castle, you can find the hidden emergency exit called Portopoula. In the 15th century, this castle was used as a residence by some of the locals. The rest of the locals used this castle as a place to hide from the pirate raids. When the residents of the old settlement called Chora abandoned it, there was not enough room for all of the residents here. They had to build a village. The village is today is called Plaka. These residents also built the villages that are known today as Triovasaloi, Trypiti, and Plakes.

In addition to these residents, there were also people in the castle who called themselves The Pilots (ship navigators). When ships approached the harbor, they signaled these navigators that they need a navigator. They used a special flag to notify them. A church called The Church of Thalassitra, the patron saint of the sailors, was built during the 19th century.

The castle was abandoned after the Greek revolution of 1821 and the abolition of piracy. During World War II, the Germans used the Kastro as a base. The abandonment of the castle as well the bombardments of WWII caused the nearby church of the Virgin Mary to be ruined. It had to be rebuilt. The Venetian Kastro is said to dominate the nearby villages. It is also very quiet and peaceful in the sunshine of fall. Considering its history, it is a miracle the castle survived the ravages of time. 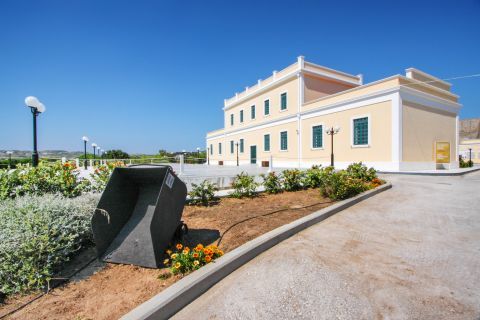 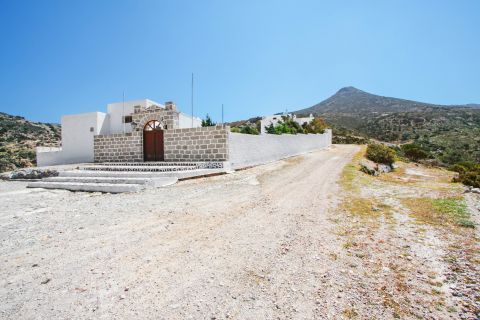 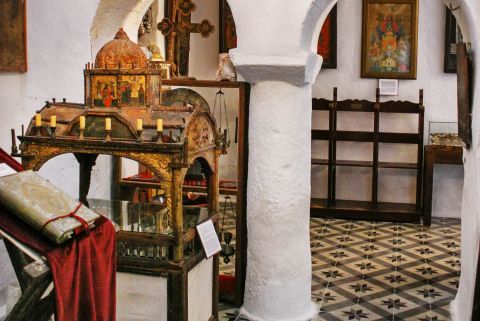 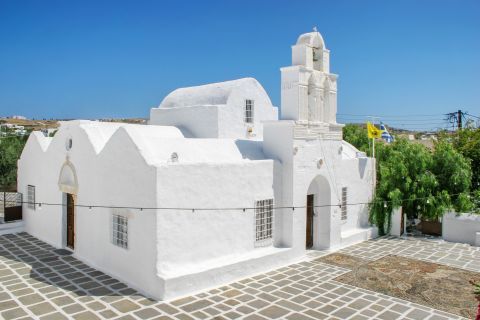 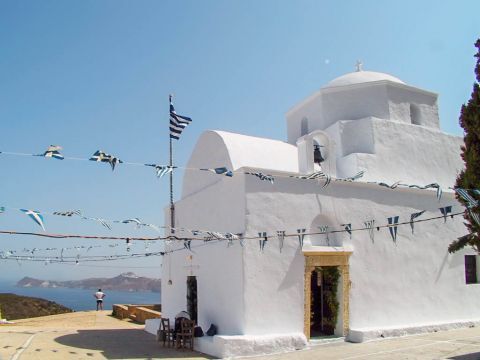 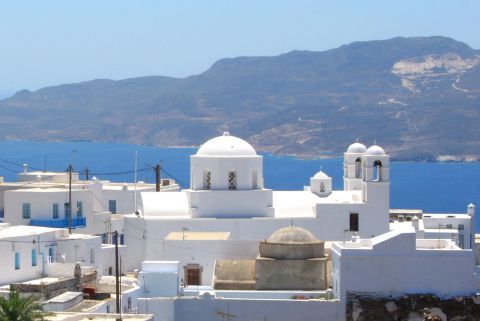