The Caves of Milos in Cyclades, Greece: Milos has a fascinating coastline, full of caves and interesting rock formation of various sizes that are only accessible from the sea.
The most visited ones are Sykia, Kleftiko, Papafragas and Sarakiniko.

BOOK A SNORKELING BOAT TOUR TO THE CAVES
Explore the most fantastic sea region of Milos in a 17meters sailing boat plus guided snorkeling tours in the sea caves of Kleftiko and lunch on-board.
Book your tour!

Sykia is situated at the southwestern part of the island and it is also known as the Emerald or Blue Cave. The only way to get there is by boat, since there are no roads or paths close enough to the cave. A naturally occurring arch at the entrance of the cave will allow you to get into it by boat, although you will not manage to go any deeper because its ceiling has partially collapsed.

It is a good idea to get there around sunset, to catch the enchanting sun rays coming through a hole in the cave's ceiling. The turquoise color of the water is mirrored on the walls of the cave, which is the reason why it was named the Emerald Cave.

Those who visit Sykia, usually also make a stop at Sykia beach, a tiny beach located inside a cave with no ceiling.

The caves of Kleftiko are also located on the southern side of the island, only 3 miles away from Sikia. Kleftiko is in fact a big network of caves, naturally formed arches and other white rock formations, that may either be part of the island's coastline or independent islets.

This location is also worth visiting during the golden hour, which is the best time of the day to look at the mirroring effect.

Papafragas can be found at the northern side of Milos and this is the only cave that can be approached easily, since one of the island's biggest roads passes from there. You will have to hike for about 5 minutes to get there after parking your car.

Papafragas cave appears similar to a partially collapsed tunnel, with an entrance from the sea side. Three smaller caves with circular rock formations can be spotted there. Papafragas also looks great at sunset time, similarly to the other caves of Milos.

Boats to Papafragas usually depart from the port of Apollonia, a small town named after a local temple dedicated to Apollo. A few beaches worth seeing are located in this area and you can combine them with a visit to the cave.

Sarakiniko may not be a sea cave in its literal sense but cave-like formations and arches do adorn the rocky coastline of this beach, which is famous around the world for its lunar-like landscape.

Sarakiniko is located on the northern part of the island and many boat tours include it in their itinerary, allowing you to see both the beach and the shipwreck located nearby.

Most of the caves along the coastline of Milos can only be approached from the sea. The most convenient way to see them is by participating in an organized boat tour or cruise.
The majority of the boats depart from Adamantas port.

In addition to the popular caves listed above, the tours often include a visit to Glaronissia ("Seagull Islands"). This island group consists of 4 tiny islets with vertical rock formations that resemble organ pipes and have grown to be a popular tourist attraction. The 20-meter-high unusual rock formations are in fact blocks of hexagon-shaped basalt rocks.

The nearby islets of Antimilos and Arkadies also have an impressive geological background.

Find the best cave tours in Milos below.

Photos Of Caves by Greeka Members

Photos Of Caves by Greeka Team 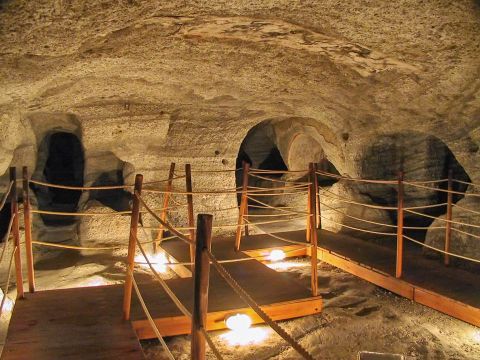 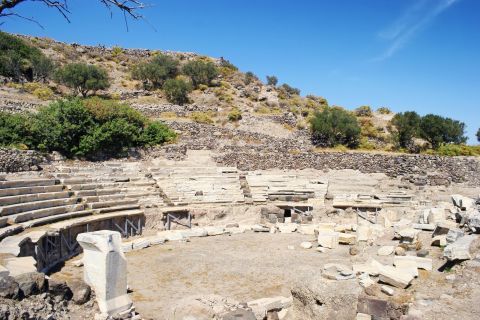 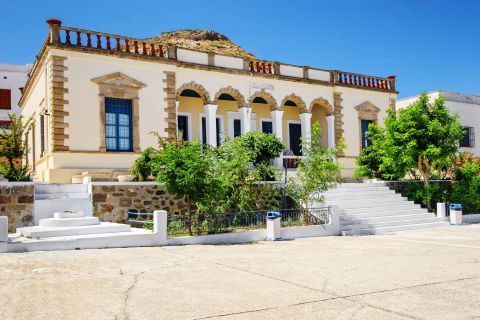 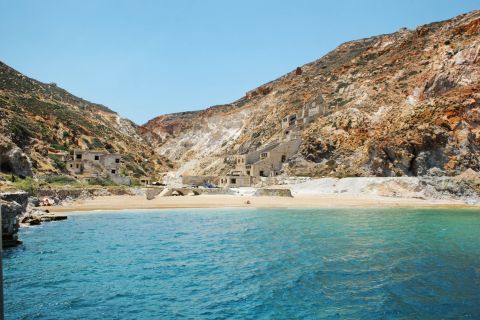 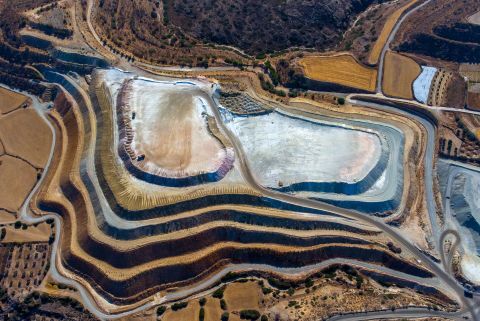 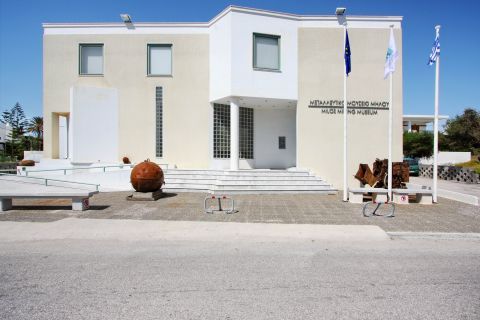