Driopida Village Kythnos: Situated between Kea and Serifos island on the western part of Cyclades, the island attracts large number of tourists during summer.

Messaria province is currently the capital of the island, but in old time the small settlement of Driopida was in that position. The small traditional village to the south of Messaria was the administrative center of the island which was praised in the Constitution of Kythnos by Aristotle.

The whitewashed houses of the village have tiled slanting roofs instead of the flat roofs of Messaria. The most notable characteristic of the village is its narrow streets which wind relentlessly around the houses. They are too narrow for vehicles while some areas have been stepped. A stroll along these roads can be refreshing especially to the lively streets of the upper town while the lower town has classic houses. Fig trees standing on the mountain slopes are like the strokes of a masterpiece art.

The most visited sight in Kythnos is the ancient cave of Katafiki in Driopida. It is one of the largest caves in Greece which was used as a refuge by the locals during times of attacks. The inside of the cave is naturally decorated by lime stone structures and rock curtains formed by the erosive elements. The cave was an iron mine in the early 20th century but later developed into a tourist attraction. 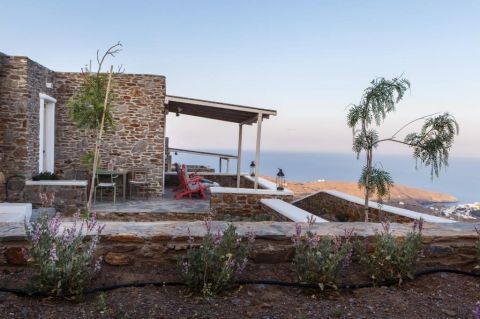 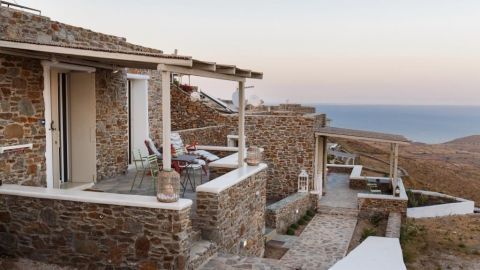 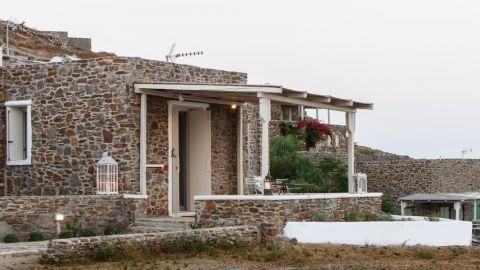 Constructed on a hill in the region of Driopida and overlooking the sea, Vathisthea consists of 6 accommodation units that are made of stone, in harmony with the Cycladic scenery. They have a minimal style and are perfect for visitors who want to relax in a peaceful and secluded environment. 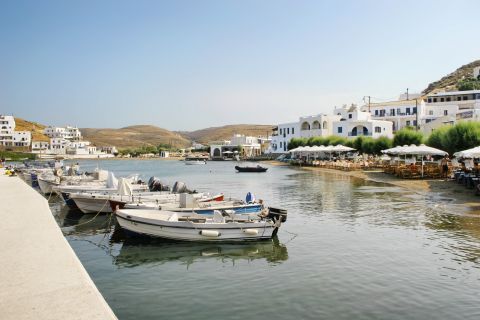 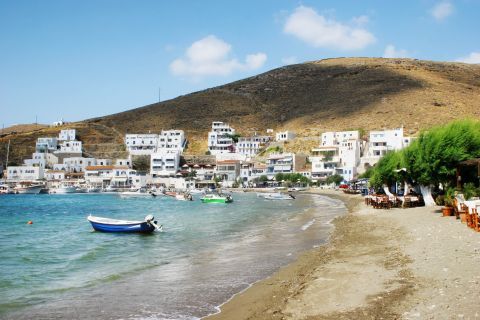 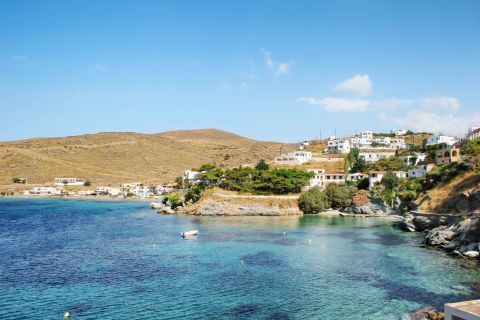 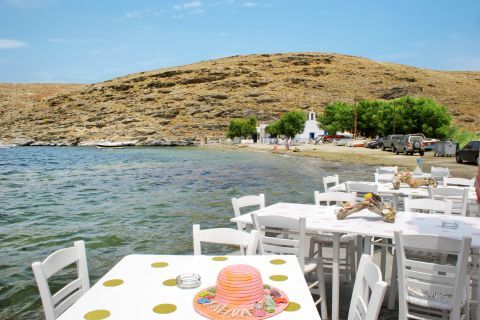 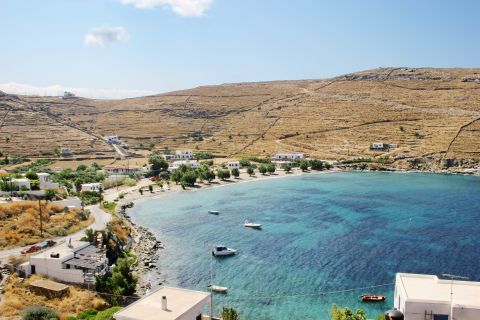 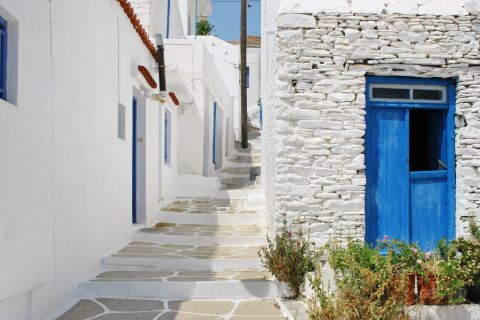