The islet of Keros close to Koufonisia: Access prohibited. The islet of Keros is located almost in the center of the Cyclades islands, close to the shores of Koufonisia. Although it is a tiny islet (only 15 sq. m.), it has a vast history. In the ancient times, a pre-Cycladic civilization had flourished (2800 B.C-2300 B.C.) there, as shown by excavations. Marble statues, utensils made of stone and ceramics, obsidian blades and many graves were found on Keros. These findings are kept today in the National Archaeological Museum in Athens.

In the antiquity, the island was called Keria. Many scientists believe that this was the sacred place where the goddess Artemis was born. According to a myth, Leto, the mother of Artemis and Apollo, gave birth first to Artemis on an island and then went to Delos to give birth to her other twin, god Apollo. That is why it is believed that religious celebrations used to take place on Keros.

In the centuries that followed the Neolithic Era, Keros was abandoned. It was again used by the pirates in the Middle Ages as a shelter. Today, the islet is uninhabited. However, its barren landscape has inspired many artists, like Pablo Picasso and Henry Moore. Close to Keros, there are also some other uninhabited islets, such as Daskalio and Antikeros, where archaeological findings have also been found. 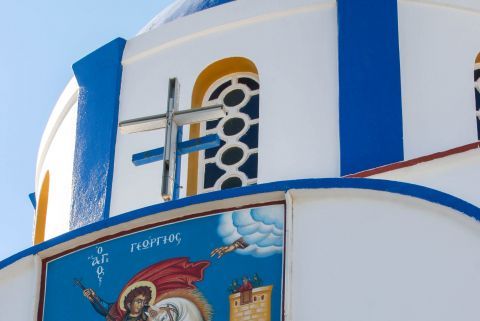 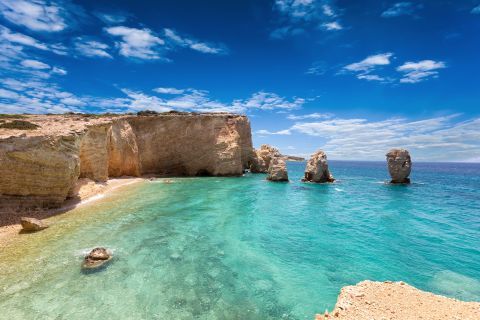 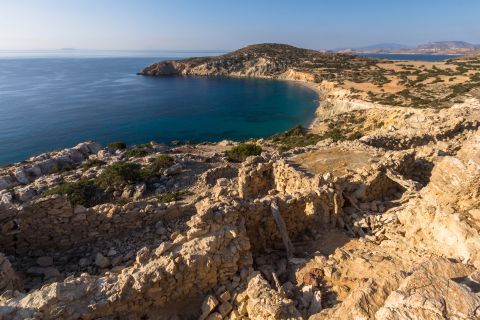