Chorio Village Kimolos: Chorio (or Chora) is the capital of Kimolos, located on the foot of Mount Xaplovouni. Chorio is found in the southeastern part of Kimolos. Kimolos has a sparse population and most of its inhabitants are concentrated there.

In Chorio, you can see the typical Cycladic stone houses, narrow cobbled streets and a sense of an old charm prevailing all over. Many old buildings have been restored and new roads are being constructed to make it easier for tourists and residents.

The best feature of Chorio is its traditional architecture: white washed houses with blue windows and flowered yards, which are built around the center of the old Venetian Castle. These houses portray true Aegean architectural style.

The castle has two parts: Messa Kastro or the Inner Castle and Exo Kastro or the Outer Castle. They are also known as Palio Horio or Old Village and Neo Horio or New Village. In Messa Kastro, the outer walls of the houses have loopholes for windows, forming a defending wall.

In Chorio, there is an archaeological museum and some important churches dating from the 16th century. The ruined Venetian Castle in Chorio is located at the highest point of the island. This fortified Castle built by Marco Sanudo in the 16th century remains well preserved till today. 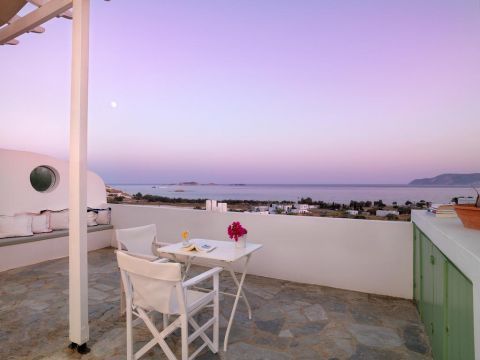 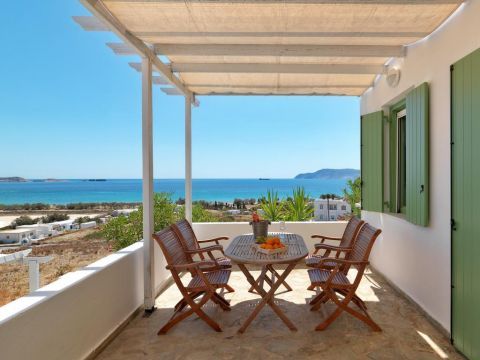 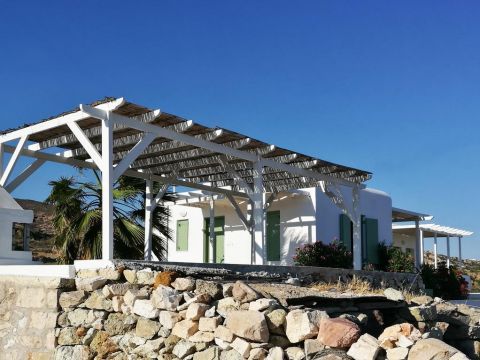 Welcome to Alikaki Kimolos, an attractive three-studio complex with panoramic views of the local beach in all its natural beauty, and amazing vistas of the Aegean sea.

Things To See And Do In Chorio