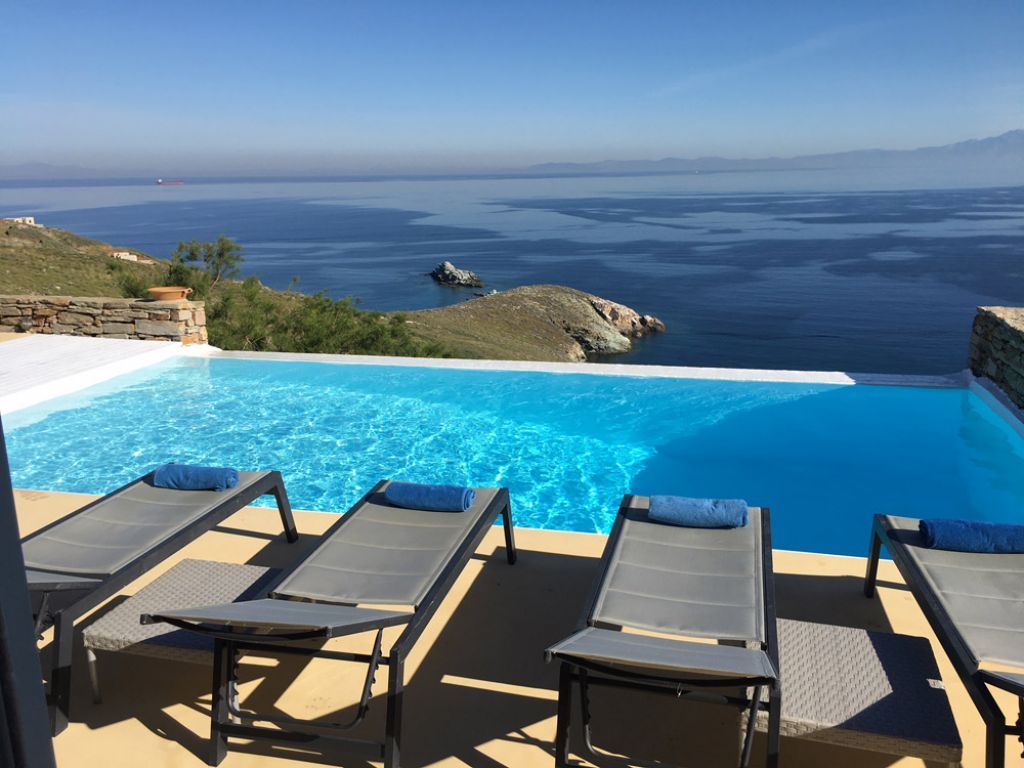 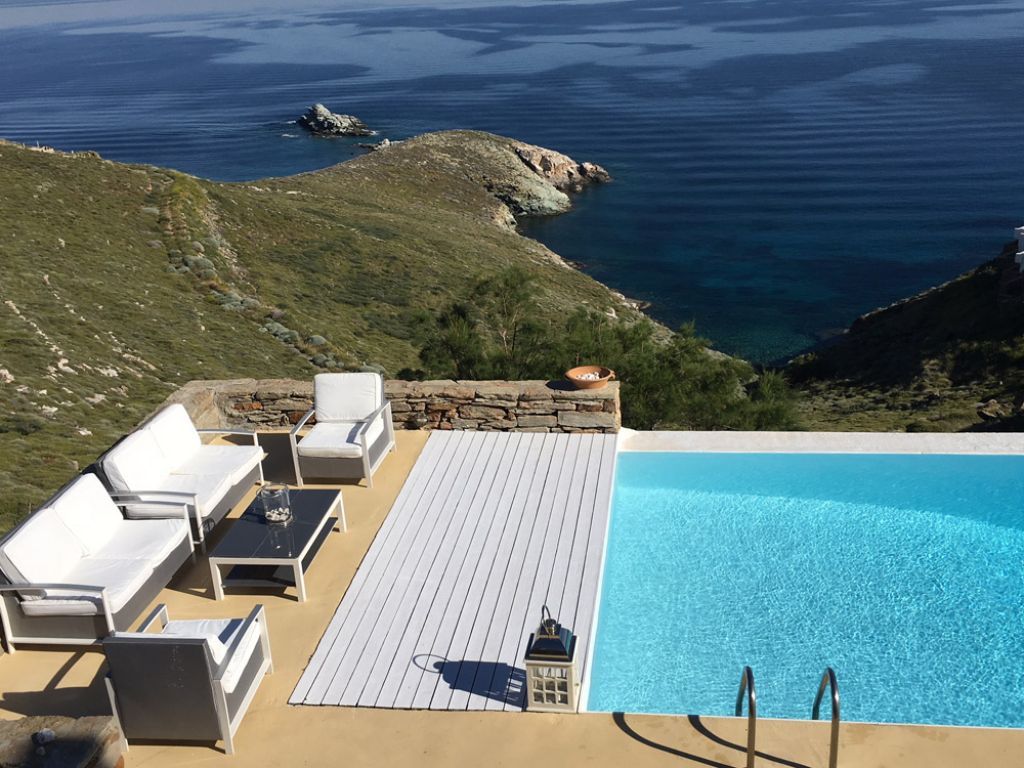 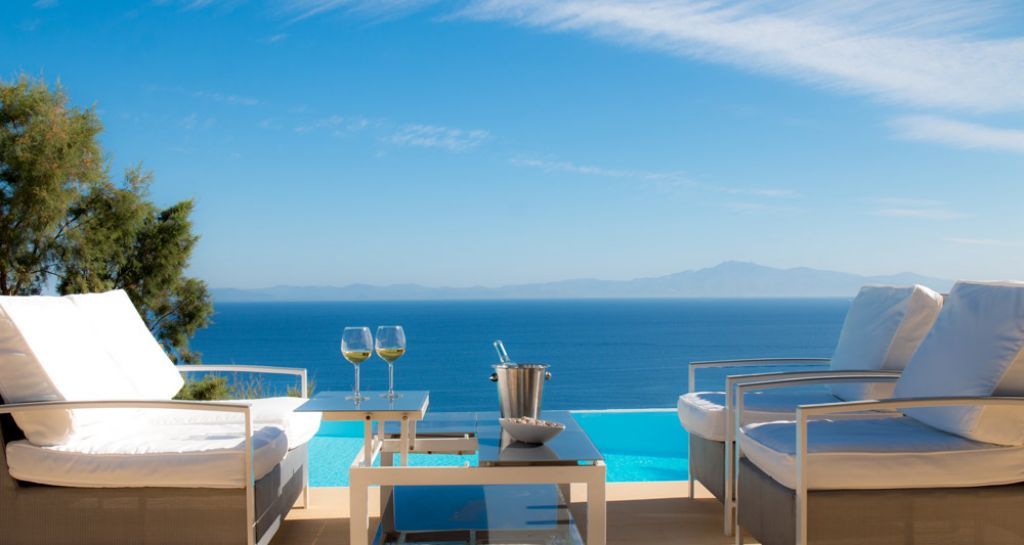 Villas
Kea, Vourkari
No reviews yet.  Write a review
Dedicated in the last 9 years to master the craft of Greek hospitality, Olga Anastasiadou and her daughter Sandra Maria Tsoti built their first Villa “Sandra Maria” in the hidden gem of Cyclades, Kea; the ‘luxury suburb of Athens.’ The second “Villa Meli” was built in 2015 and it is a destination- venue of its own.

Olga is an economist with a Master in Philosophy, whoshares her time between Athens and London. Sandra Maria lives in London and studies medicine at Imperial College.Inspired by the Greek culture and with a background of an extensive travel history, they deliver today sophisticated lifestyle experiences. Several years ago, when they started their journey in luxury villa rentals, they realized that the unique Greek blue skies and sparkling Aegean seas were more than enough to attract travelers from all over the world.