Ios Ormos: Ormos is the natural harbour of Ios Island, located in the bay of the same name. It is the second most populated area of the island after Chora. This settlement is built amphitheatrically on the slopes of a mountain, overlooking the sea, with whitewashed rooms for rent, pensions and hotels, keeping the traditional Cycladic character of the island.

Travel agencies and bus stops connecting the port with the rest of Ios are on the port's square. On the main square there are supermarkets, various boutiques, fine jewellery, gift and souvenir shops. The area called Yialos, near the port, is an area full of restaurants and beach bars and extends from the yacht marina to the Yialos beach. From Ormos boats leave regularly for day trips on the island's beaches as well as to other neighbouring islands. 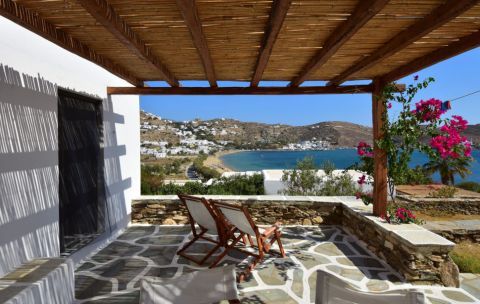 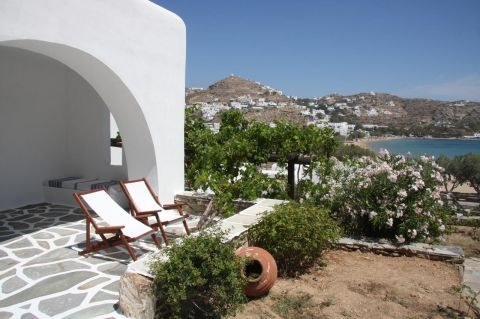 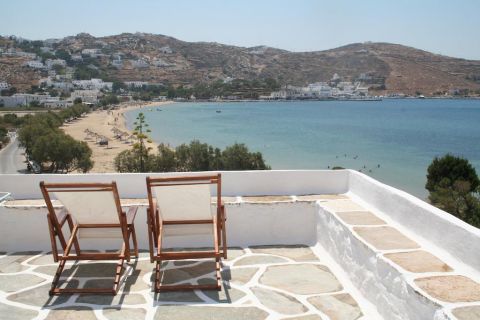 Hotel Apartments Studios Suites
2 stars
Recommended for: Near the beach

One of the most charming places to stay in the Cyclades is Petra. It is a group of 18 studios of traditional Cycladic architecture, on the beach, built in harmony completely with the natural landscape. It overlooks the bay and stands within walking distance from the port and the village. All villas ... 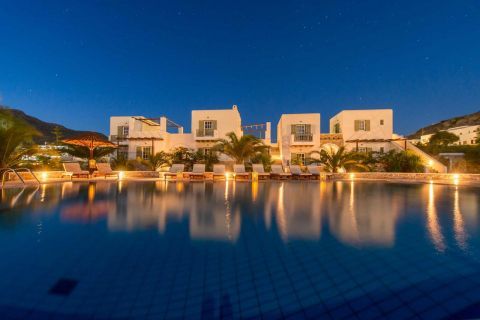 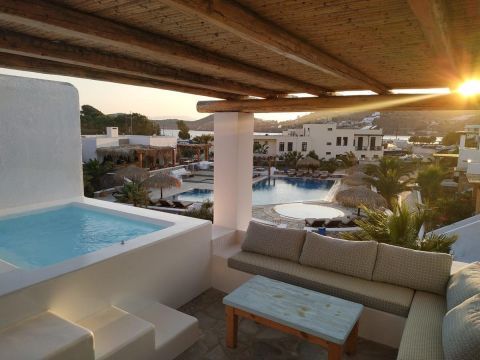 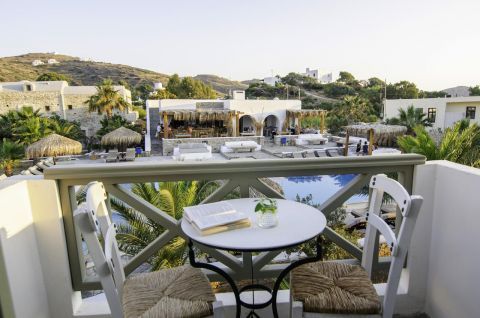 Yialos Ios Hotel is a family-owned establishment for family-style vacations! Golden sandy beaches, amazing images of the Aegean, a laid back lifestyle; an island made with the finest ingredients of summer that have anything you need for a great holiday experience. 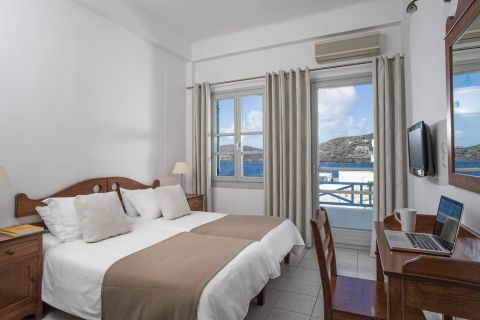 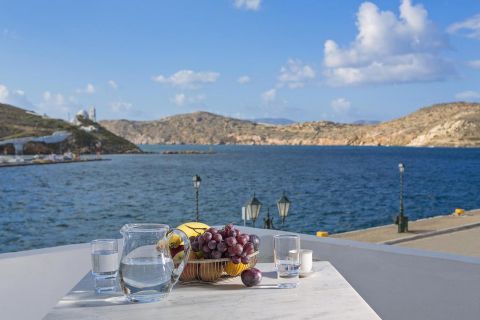 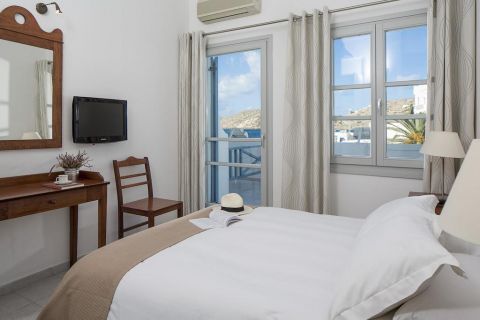 Combining authenticity with contemporary comfort this budget hotel offers affordable stays to travelers seeking quality lodging in the lively port. The cozy interiors and modern amenities, as well as the wide range of room facilities, provided ensure guests a pleasurable stay. Situated only a ... 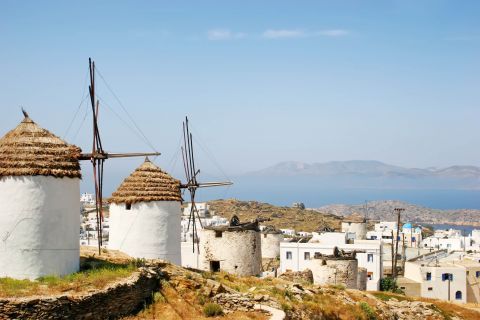