Ormos Korthi Beach Andros: The bay at Ormos Korthi beach is a vast expanse of sand, having an equally big paved boulevard beside the bay with a matching sea-wall made of concrete, lining the boulevard.

A collection of rocks can be found dumped over the wall and lining the sea, which acts more as a shock absorber against the constant striking of the waves against the wall. There are a few tourist amenities in the form of a few scattered cafes and tavernas, serving local dishes.

The water is fairly clear, but swimming here is a bit dicey due to numerous concrete wharfs at the far end of the boulevard where boats often take refuge. Sunbathing may be enjoyed, but it is advisable to bring towels and umbrellas, as shade and provisions are rarely available. Nearby at the settlement of Ormos Korthi, there is a folk museum that becomes a venue of festivities with live performances during the summer season.

Close to Korthi, there is a famous and secluded beach called Pidima tis Grias, meaning the Jump of the Old Lady. The beach took its name when an old lady in the past jumped to the beach to get killed in order to save herself from the Ottomans. 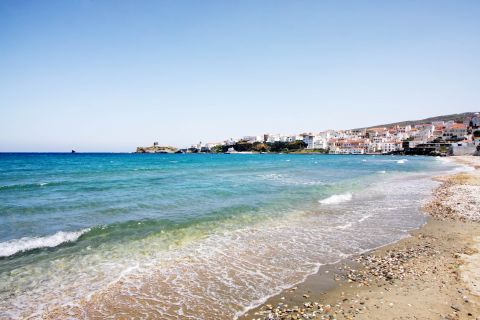 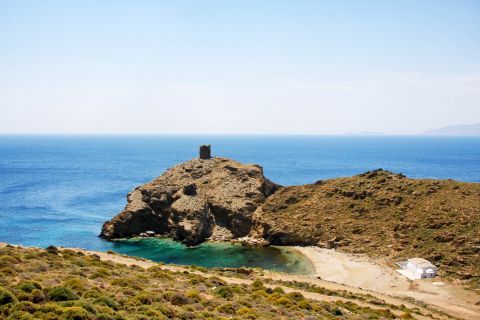 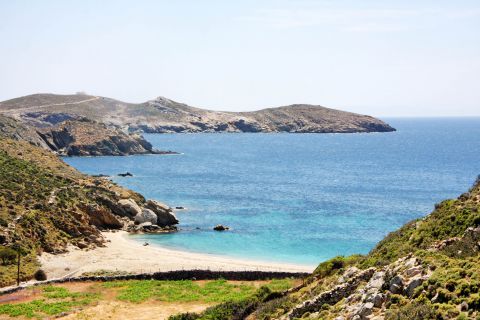 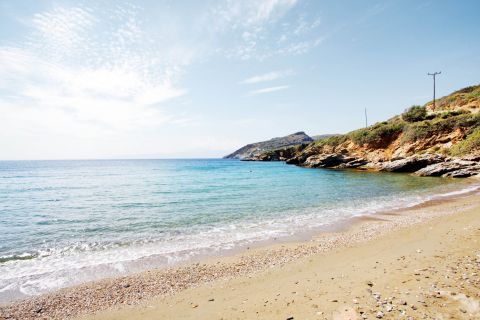 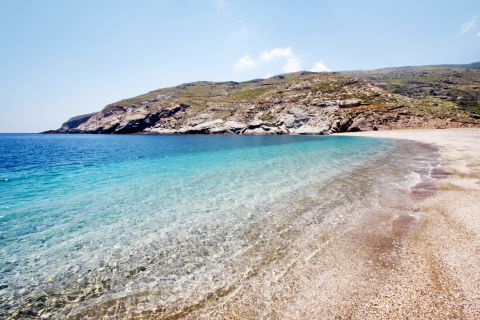