Batsi Beach Andros: The famous resort of Batsi has been built on twin hills over a magnificent natural harbour. The beach at Batsi is very popular among tourists.

It is an organized beach with hosts of tourist amenities. There is ample scope for water sports. The seawater is shallow, perfect for swimming and ideal for a family hangout. The sand at Batsi beach is very nice, soft with golden hue. It is protected from the strong Meltemi winds, and it has no dearth of shade due to the abundance of tamarisks lining the shore at the northern end of the beach.

Batsi beach is in close proximity to the harbour at the southern end, where there are numerous taverns offering authentic Greek cuisine and they are well known for their hospitality. Batsi beach is a calm and tranquil family resort dotted with shops selling among others bakery items and fruits.

There are banking facilities and an open-air cinema, too. A church with a gigantic neon-lit cross dominates the skyline of the settlement of Batsi which is visible from the beach. The settlement of Batsi with its hilly paved alleys is an excellent site for the trekking enthusiasts with the natural scenery at its best. 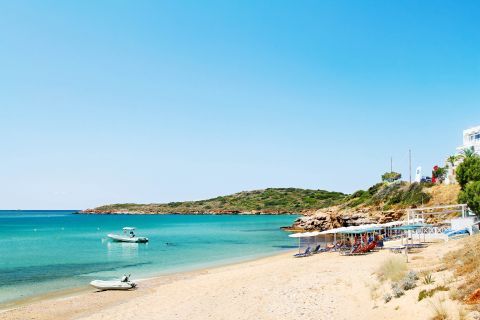 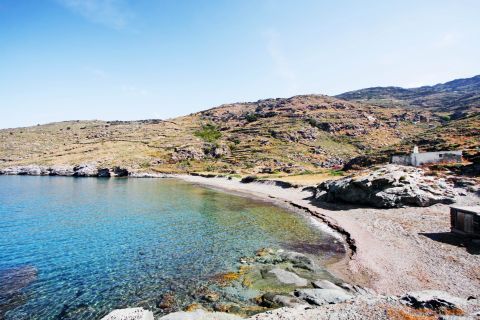 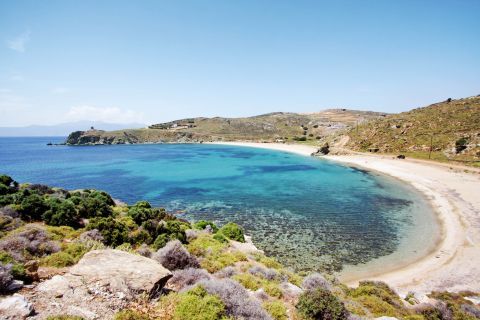 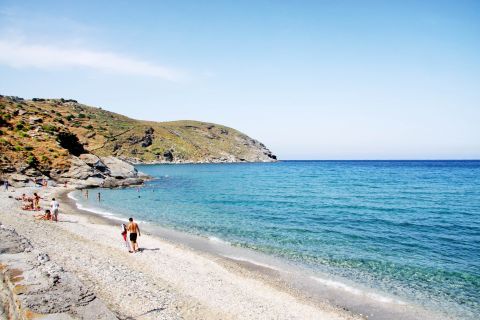 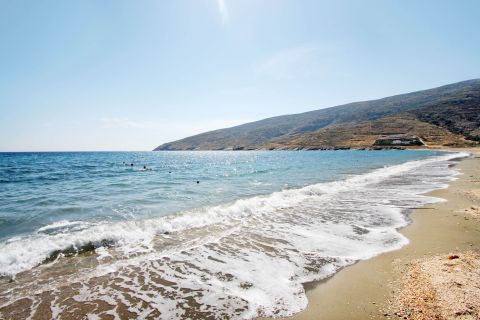