Although the museums of Lassithi are not large in size, their exhibits are very interesting. The Archaeological Museum of Agios Nikolaos, the capital of Lassithi, was founded in 1970. It exhibits many archaeological finds that have been excavated from the eastern Crete, finds which were then housed in the Museum of Heraklion. Nowadays this interesting museum houses a rich collection of various items found in the surrounding and area from the Minoan to the Roman Period.

Another interesting archaeological museum is found in Sitia. In its modern exhibition halls, visitors are able to admire items dating from the Minoan, Hellenistic and Geometric periods. The Archaeological Museum of Ierapetra is housed in the Commercial Ottoman School building and exhibits various items dating from the Minoan till the Roman period.

The Archaeological Museum of Agios Nikolaos was established in 1970. It houses a rich collection of findings from excavations in eastern Crete. The exhibits date from the Minoan till the Roman times. 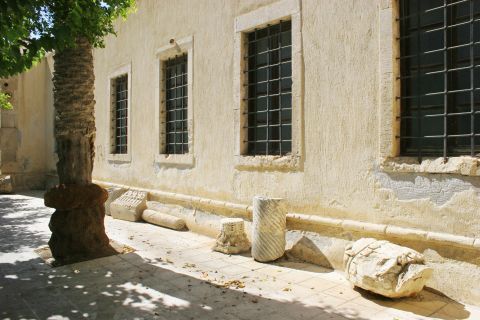 This museum is housed in the former Commercial Ottoman School, offered by the Municipality of Ierapetra to the Ministry of Culture. The museum exhibits items from the Minoan, Geometric, Archaic, Classical and Roman times. 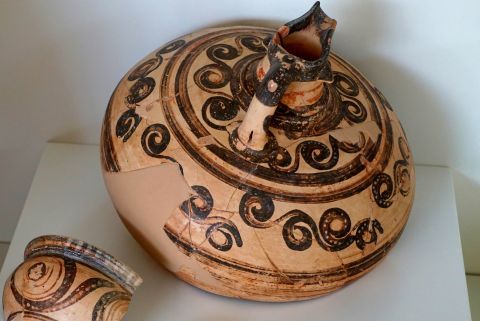 The Archaeological Museum of Sitia was established in 1984. It houses exhibits from the region of Sitia and the wider region of Lassithi, dating from the Minoan till the Roman times.

This museum is housed in the ground floor of the Port Police, just opposite the lake of Agios Nikolaos. It exhibits fine examples of folk art, such as woodcarving, weaving, and embroideries as well as local traditional costumes and a few Byzantine icons.