The Minoan Palace of Phaestos in Crete: The Palace of Phaistos is located on the east end of Kastri Hill, the end of the Messara plain in South Central Crete. It is considered to be one of the finest of all Minoan palaces. The preserves of the old and new palace can be seen until nowadays. Excavations in the area began in 1884 and were carried out by F. Halbherr and A. Taramelli. After the declaration of the Cretan State as independent in 1898, continued by F. Halbherr and L. Pernier between in 1900-1904.

✔ DISCOVER THE TOURS IN HERAKLION!
Book an unforgettable Tour in Heraklion or get there with your own car rental.

Later the excavations were carried out by Doro Levi between 1950 and 1971 with the help of the Italian Archaeological School of Athens. Other findings of the area include thousands of seal impressions and some tablets containing the Linear A script.

The Old Palace was built at the beginning of 2000 B.C, also known as the Protopalatial Period and remained in use for about three centuries. It was destroyed twice by earthquakes and was rebuilt. As a result, archaeologists can see three distinct phases. Levi believed that the first two phases constituted the oldest palatial buildings in Crete.

A new palace was built at the same spot but was destroyed in the mid 15th Century B.C. After that, only some parts of the palace remained occupied. When the Old Palace was destroyed, almost entirely by an earthquake, a new one was built at the same site. The New Palace covers a smaller area compared to the old thus allowing the visitor to still see remains of the Old Palace.

Some of the ruins can be seen by visitors including the area where the Phaistos Disc was found, but most of it remains accessible only to the experts. Excavators have been baffled by the lack of finds one could ever expect, at a Minoan Palace at the site of the New Palace. There has been a complete absence of frescoes, tablets, and sealings.

Some archaeologists and experts believe that this is because the New Palace was built at a time when the importance of Phaestos decreased because of neighboring Agia Triada that continued to grow. The entrance to the site is located at the level of the Upper West Court which was used by both the Old and the new Palace. A staircase joins the Upper West Court to the Lower West Court. There is a high wall to the north of the court, in front of which is located the Theatrical Area with two raised walkways. There are eight rows where spectators sat or stood to watch ceremonies, plays and religious rites that took place there.

The palace is oriented north-south as the most of other palaces. The main entrance to the New Palace was from the West Court up to the 14-meter wide Magnificent Staircase at the top of which, was an equally wide platform which stood the West Propylon, one the most impressive structure of its kind. Between the platform and the actual entrance were two porticos.

There is a storage area to the south of the Propylon. It consisted of ten rooms, five on each side. The Central Court lies to the east of these storerooms measuring 55 by 25 meters. It was lined by porticos on two sides with alternating columns and pillars.

The area also contained two lustral bins. Cult vases and figurines were found in the West Wing along with shapes of double axes incised on the stone, proving that this part of the Palace was used for religious ceremonies. In fact, the conventional view is that in palaces, the west wings were used for religious and administrative purposes whereas the east wings formed the residential areas for the royal families.

The northeast wing of the palace supposedly consisted of artisans workshops and the remains of a furnace that was once used for smelting metal can still be seen in the courtyard. The royal apartments are also located here. These rooms had light wells, porticos and pier-and-door partitions that would have allowed sections of the room to be closed off. The lower walls and floors were lined with slabs of alabaster.

To the west of the king's room is a lustral basin which is probably the best-preserved basin in all of Crete. The southeast wing collapsed at some point in time and does not exist anymore. All the findings from the palace can be found today at the Archaeological Museum of Heraklion.

An individual who visits Crete should definitely go to Phaestos. The beautiful natural setting for one is something that should not be missed. Unlike Knossos, where walkways of scaffolding scarred the Palace and much has been roped off, to prevent access to visitors who must look at it from a distance, Phaestos is an up close and personal experience. The site is almost never crowded and you can idle around and discover the place at your own speed and time experiencing some of the most spectacular views that Crete has to offer. 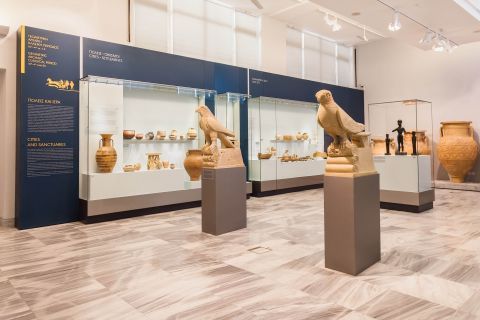 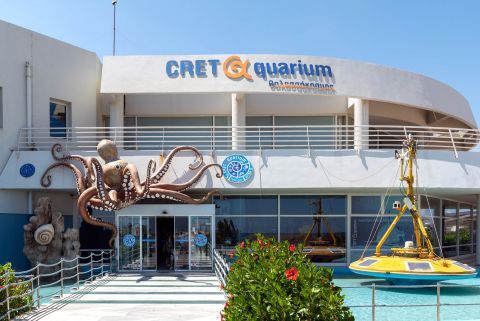 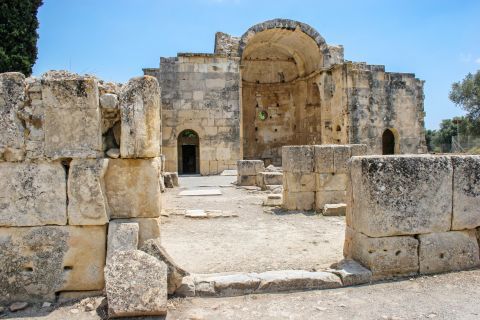 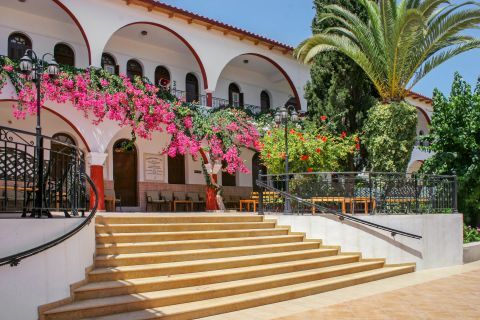