The Temple of Asklepios in Lissos, Chania: The prefecture of Chania is a special place especially for those who love history and ancient civilizations. Apart from the ancient Minoan remains and the discoveries of the ancient city of Kydonia, there are many other ancient cities of the Classical and Roman period that crop up in every nook and corner of Chania.

One such city is Lissos which can be reached either by boat or by hiking for about half an hour from Sougia. Most people prefer the latter option as it gives them a chance to pass through an incredibly scenic gorge, moving onto great picturesque mountains and finally descending into the blue sea.

Lissos was a flourishing city during the Hellenistic and Roman periods. It used to be the religious center of South West Crete and was the only city in this area, besides Irtakina, minting gold coins. There are a number of ruins in the area, the most notable being that of the Temple of Asklepios who was the Greco-Roman god of healing.

The temple, dating back to the 1st-2nd century AD is built in the Dorian style and lies at the southwestern edge of the terrace of the sanctuary. The walls built of mud bricks with a revetment of white marble are preserved to a height of 3.4 m. The floor of the temple was a mosaic, made of fine, multicolored pebbles in complex geometric, as well as animal shapes.

Many statues and Roman tombs were excavated here including that of Asklepios, Hygeia, and Pluto. Along with the statues, two marble columns are also preserved inside the temple. 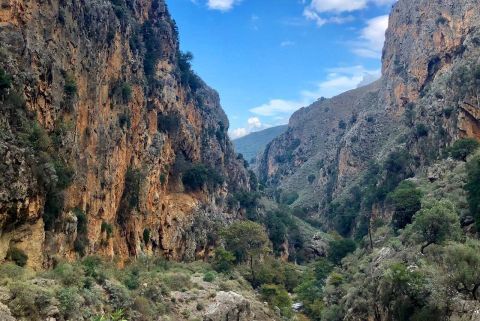 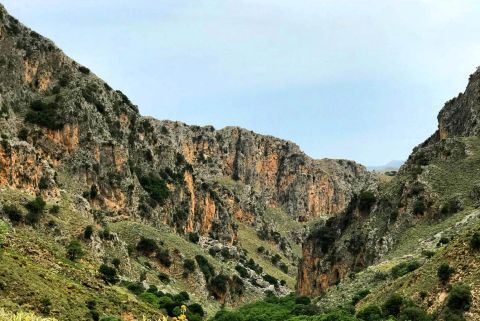 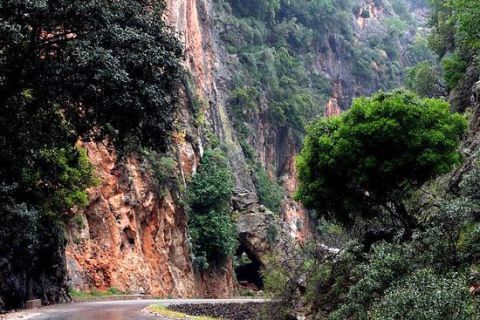